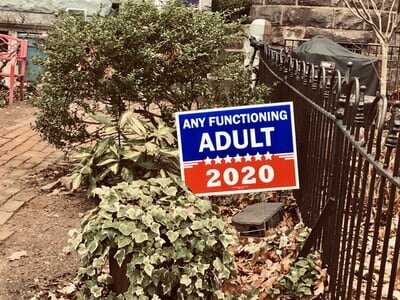 Where have the Statesmen gone?  What’s a Statesman, you ask?  A Statesman is a leader who possesses the following qualities, at least according to Brett and Kate McKay in their article appropriately titled “The 4 Qualities of a True Statesman.”  First, they have a bedrock of core principles.  Second, they possess a moral compass.  Third, they have a vision.  Fourth, they are capable of building a consensus to achieve that vision.  If those qualities make our current political scene look more like a schoolyard fight over who gets the open swing, you are not alone.  Many of us are wondering where the true Statesmen have gone.

Interestingly enough, Isaiah teaches us something telling about our day and the glaring lack of competent leadership in our nation.  Pay close attention to the leaders raised up by Jehovah in Judah during the era prior to their destruction and captivity.

I will give children to be their princes, and babes shall rule over them.  The people will be oppressed, every one by his neighbor; the child will be insolent toward the elder, and the base toward the honorable.

God told Judah a part of the punishment for their rebellion would be the fact their nation would be governed by incompetent people.  The idea of children running a nation is laughable.  Yet God said part of their punishment, part of their demise, would be the fact HE would raise up a vacuum of competent leadership.  Remember, no great national power arises without HIS oversight and approval (Romans 13:1).  Even when they are less than competent, they are His appointed representatives.

What follows is, understandably, anarchy.  The breakdown of societal and political norms cannot help but be the offspring of incompetent leadership.  A nation which has such a void of leadership need not worry about enemies abroad.  It will devour itself from within.  Isaiah was clear about man rising against man, about a younger generation rising up against, and being repulsed by the older generation.  People with little weight, I think the term used some time ago was “gravitas,” will rise up against those who should be honored and shred them to pieces.  Quite a revealing portrait of our current political and cultural climate!

The answer for such a depressing scene?  I can assure you it does not come from those incapable of leading.  In fact, only one thing offers a believer hope in our current morass.  Deliverance is not found in a campaign or voting bloc.  Hope is not secured in the halls of governance.  It is not even uncovered by a coup which replaces one incompetent gathering of people with another equally incompetent gaggle.  No, deliverance is found when God shows up (Isaiah 4:2-6).

Stop looking to a political capital for the answers.  Stop thinking this candidate or that spokesman will become the next Statesman who will guide us to the promised land.  I am sure God wants to visit our nation, but He must initiate such a visit in His church.  The time has come for us to welcome His presence into our gatherings.  For sure, we need to rethink the idea that He is going to make Himself known in the halls of government before He is made known in the halls of our churches.  I assure you; our God will not rain blessings upon our nation until He rains the fire of the Holy Ghost upon His church.  Like you, I bemoan the absence of Statesmen in government.  Like you, I also realize I must play my part in assuring the rise of such leaders by finding my place under His holy covering (Isaiah 4:5).