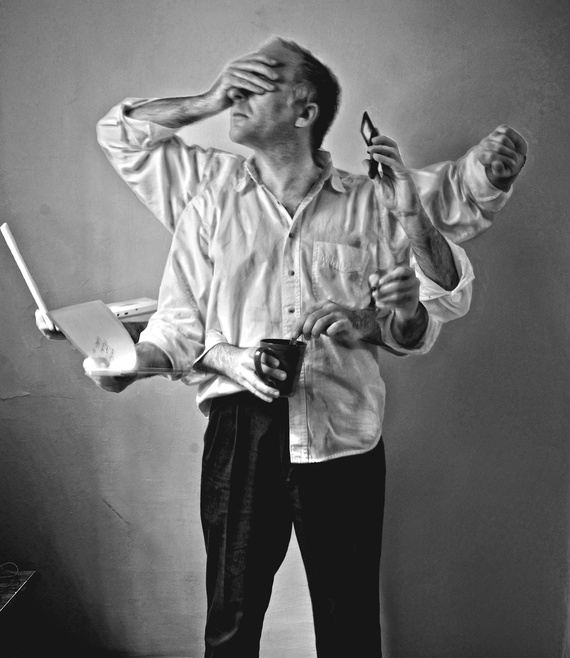 There’s Nothing I Can Do About It…

You and I are living through an emergence of a culture dominated by what David calls “the wicked” (Psalm 10:4). The most striking marker of this rebellious lot is defined by the psalmist when he states “God is in none of their thoughts” (Psalm 10:4). For sure, there are terrible acts ascribed to the wicked. The arrogance and deceitful backroom deals perpetrated by those who care not for God’s commands come to mind. So too does the unbelievable violence and carnage perpetrated around the planet by those who do not care about what God has to say. Yet all those actions stem from one universal fact, they never think about God.

Politically speaking, our nation is not where it is because some have acted in a certain fashion. We are where we are because we have chosen leaders who give scant thought to God and His wishes. While there are, no doubt, handful of political leaders who fear the Lord, it seems most give lip service to God’s desires, but this is done to court the support of those who feel strongly about following God’s plan. However, when they are called upon to act decisively, many desert the plan of God an instead bow to the pressure applied to go along with the crowd. The result is that our nation is marching steadily toward complete secularization and the relegation of anything Godly to something to be done only behind closed doors, if allowed at all. It is enough to make some shrug their shoulders and confess, “there’s nothing I can do about it.”

The same can be said, in many cases, about the religious world. Many religious leaders in our land bow to the pressure being applied by our culture to strip the faith of anything miraculous. Few will acknowledge any demands called for in the lives of those who serve the Master. The sad result is that scant difference can be seen between those who name the name of Jesus and those David describes as the wicked. We are watching what some are calling “The Great Departure” as millions who attended church pre-Covid are simply not coming back. Our land is becoming populated with more and more “nones” and “dones”[1] and we seem unable to do anything about it.

I confess, there are times when looking at our current situation, I feel a kinship with David. If the foundations are destroyed, what can the righteous do? (Psalm 11:3). Yet when I succumb to that temptation, I am aligning my thinking with that of the wicked. I have, unwittingly, shoved the notion of God out of my mind and instead yielded to nothing more than carnal reasoning. Perhaps you suffer from the same tendency as do I and find yourself shrugging your shoulders and receding to a corner. After all, it is easy to give up, walk away, and write off people and situations when nothing seems to be working. Yet it is in those moments, maybe you are in one now, that we must step back, realign our thinking, and remember we serve a God who is not bound to our limitations.

I think David made a statement which perfectly describes our situation. “His eyelids test the sons of men” (Psalm 11:4).  What you and I happen to be experiencing now is nothing more than a test. That valley though which you are walking at this very moment is a test. The conflict swirling about your life is a test. And yes, the fact we seem unable to do anything about the rise of those who care noting about God or His plans is a test. It is up to us to make the grade, and with the help of the Holy Spirit, we are going to pass!

I know the word “test” and the letter “F” are never good when mixed together. No one likes the looks of an “F” on a test. Still, I want to put before you three “F” words to help you pass this test with flying colors.

FOREVER is the first word. David assured himself that nothing about God’s glory and power had changed because wicked men have risen to power (Psalm 10:16). Though it may seem different to us when we are witnessing the wicked flex their muscles, their rebellion against God does nothing to His status as King. I challenge you to open your Bible to Psalm 11 and do what I have done in the copy before me. I have scribbled in the margin between verse three, where the lament about the erosion of the foundations is mentioned, and verse four, where it is reaffirmed that our God is in His holy temple and He is on His throne, the following words:  This does not change this. Nothing about our eruptive culture or weakened church changes the position of God whatsoever. When there is nothing that can be done about it, the test we face requires simple trust in the fact our God reigns. Our helplessness calls for utter commitment to the Everlasting King (Psalm 10:14).

The second word is FOCUS. Compare two statements from these Psalms.

The wicked in his proud countenance does not seek God; God is in none of his thoughts.

In the Lord I put my trust; How can you say to my soul, “Flee as a bird to your mountain”?

A key to passing this test is that upon which you place your focus. The wicked never thinks about God. The righteous are continually placing their trust in the Lord. The Hebrew word translated “put my trust” carries the idea of an event, not necessarily a time. What David is relating to us is that he puts his trust in the Lord every time he faces a situation where there is nothing that can be done. Our focus must continually, habitually, be placed upon the Lord. I think that is what Paul was driving at in Philippians 4:8. To pass the test, our focus must be on God and His glory, not the seemingly unstoppable nature of the wicked.

The reason for that is found in the third word, FUTURE. As frightening and dominating as he may seem, the “man of the earth” (Psalm 10:18), is on a limited engagement. This term attacks the image of the mighty we have allowed to be created in our mind. The wording points to the weakness and fragility of the wicked. Even the most hostile and defiant men on our planet are nothing more than a frail and fragile vessel before our God. We can rest in calm assurance that in due time our God will right all wrongs.  That includes those who loudly boast of their exclusion of God from their very thoughts.

Presbyterian Pastor John Sutherland Bonnell was commissioned to venture into Scotland during WWII and survey the state of the churches which were under attack by Hitler and his Nazi war machine. Upon arrival, Bonnell discovered many buildings, including churches, had been shattered by bombs. He told the story of a church in Clydesdale, Scotland, which had been sheared in half. One side was blown away, the other stood as if nothing had happened. In fact, there were still pictures on the wall. One particular picture stood out. It was a portrait of the British Naval Ship the Ark Royal.

According to the Germans, they sunk the Ark Royal and sent her to the bottom of the Atlantic Ocean. It seemed to be true as repeated calls sent by wireless to the Ark Royal went unanswered. Only later was the truth revealed. The Ark Royal was under a cloud of radio silence as she was tracking the largest warship ever produced by the Germans, the Bismarck. The Bismarck was launched in 1940 for the express purpose of enforcing the power of a group of men who never thought of God. It was, as far as their arrogance was concerned, unsinkable. Yet the very ship they claimed to have sunk was instrumental in bringing down the pride of the wicked. When the news finally broke, a Glasgow newspaper ran an ad with the very picture mentioned above on the front page. Huge headlines read; THE GERMANS CLAIM TO HAVE SUNK THE ARK ROYAL BUT THEY COULDN’T EVEN SINK HER PICTURE!

Hold on, even when it seems the foundations are destroyed, and the wicked man has absolute control. The enemy cannot do a single thing to those who pass the test. Victory awaits those who put their trust in the Lord!

[1] “Nones” is the term used to describe those with no religious affiliation. “Dones” refers to those who have left the church and have no intention of returning.