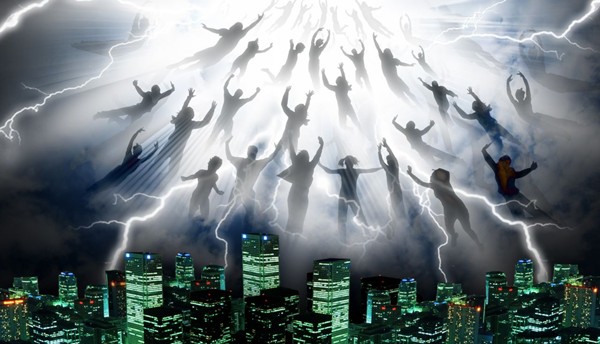 “When Jesus Comes Back.”  In working through the amazing words of Jesus found in Matthew 24:36-44, I was reminded I preached this very message to the great people of the Pathway Church of God in Mobile, Alabama in June 2006.  Fourteen years have come and gone since I delivered this message; fourteen years!  Yet that passage of time has not, in the slightest fashion, altered the truth of the words of Jesus.  He is coming back and now is the time to make preparation.

Using the backdrop of Noah’s time to make His point, Jesus gave us some undeniable truths about His return.  The people of the era of Noah were living life.  It had a normalcy, a routine.  They were sinful, terribly so. In fact, they had become so accustomed and acclimated to sin, they thought nothing of their grievous actions and how they affected the Creator.  Only Noah, a man who was judged a lunatic, paid any attention to God.  Only Noah, the preacher/boat builder, made preparation.  Many people are scrambling today, seeking to find some hidden clue that Jesus is coming.  Perhaps it is time we come back to the biblical teaching that Jesus is coming, and when He appears, the world will be living life as usual.  Only the few who tune into the voice of the Spirit will be prepared for what happens.

Never forget, His coming will be secretive.  No skywriting preceded the flood. No angels showed up in villages and towns, announcing the event about to change history.  Instead, only those who listened to the word of God given through Noah were ready.  We are given hints, clues, indicators that we are living in the end of time.  Still, no one knows exactly when He will appear (Matthew 24:44, 25:13).

His coming will be sudden.  The people alive before the flood of Noah awoke one day to a sudden change.  Rain fell from heaven.  The earth opened and waters gushed from beneath the crust of the planet.  That’s how we are told the coming of Jesus is going to be.  Jesus Himself likened it to a flash of lightning (Matthew 24:27).  The Apostle Paul used the illustration of the twinkling of an eye (1 Corinthians 15:52).  I don’t know how fast an eye twinkle is.  I know this much, it is fast!

Since Jesus is stressing preparation, I can only surmise He is telling us the suddenness of His return will not allow time for preparation.  That which we must do in order to be selected must be done now.  When He appears, it will be too late.

His coming will be selective.  In fact, the greatest selection of all time will occur in that instant of time.  Those chosen, better yet, those who chose to prepare, will be taken while those who ignored His call will be left.  Again, considering the reference Jesus made to the days of Noah, it is not hard to imagine what life will be like a few hours after He has returned.  The horror of watching the water rising above the hills and trees, of doing all you can to climb higher than the ever-encroaching flood, had to be horrifying.  The screams of the dying, begging Noah to let them in, had to be mind numbing to Noah and those on the ark.  I assure you, not one day after the coming of Jesus, every seat in every church will be filled with a sobbing soul who waited too late.  No doubt there will be some leaders, pastors, board members, teachers, singers, church members who will break down the doors to get into the church and cry out for mercy.  Only then, as it was with Noah, it will be too late.

People you have begged to come with you to church but refused will flock to the house they despised.  Young men and women, too preoccupied with life to care about their souls will frantically call their parents and grandparents in a desperate attempt to allay the fear that it was true, and they missed it.  Like the drowning outside the ark, their desperation will have come too late.

I urge you, as I did that Sunday fourteen years ago, make sure you are ready for the moment when Jesus comes back.  Don’t get so caught up in the swirling maelstrom of politics, pandemics, and pronouncements of the talking heads on television that you allow the voice of the Spirit to be drowned out.  Our Lord is coming back to earth again…our task is to be ready!