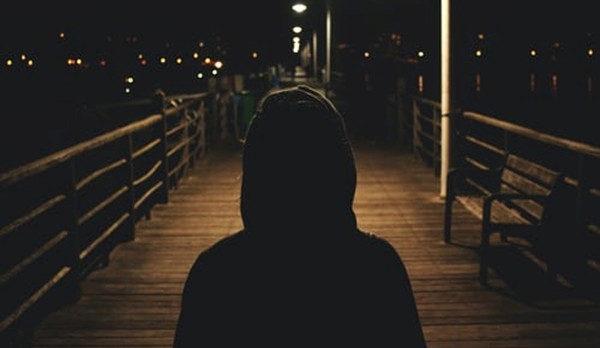 We are nearing the end of 2020.  Most of us will not regret seeing this year through the rear- view mirror.  However, we all know that things are not going to magically change at the stroke of midnight on December 31.  The new year will not only have some carry-over hardships from this year but will present us with a new set of circumstances with which we must deal.  The political arena promises nothing but conflict.  Every day seems to produce a new stream of warnings about the intent of the presumed President elect and his team to attack religious freedoms.  Of course, there is scant mention of attacks upon Muslim beliefs, but that’s another story.

This is nothing new, only the recurring theme in the ongoing drama of God’s continuing program of redemption.  Jesus set the pattern in which we must walk.  He was killed, not for being such a nice guy, but because He challenged the progressive march of those intent on the worship of Molech, Mammon, and Lust.  We too can count on attracting the venom of those who benefit from worship of these same idols.  And make no mistake, the demonic spirits driving these oppressive evils will, as they did in the Acts, rise to challenge the authority and authenticity of those who abrogate their free reign.  The church in America is beginning to sense the rising tide of opposition in this arena and things are not going to get better.  We might as well steel ourselves and prepare for the slugfest which lies ahead.  What do we need to do to prepare?

First, we must be sure we are standing on a strong foundation.  Each of us must decide our footing in the quagmire of modern thought.  Without a strong foundation in the Word of God we have not a chance of survival.  For too long we have sought to teach, and be taught, only the surface truths of scripture.  We have deemed acceptable the latest sermon series of the celebrity pastor, thinking their ideas were all we need for success in the Kingdom.  In days to come, we are going to need more than the thoughts of someone deemed “successful.”  We are to be put in positions where only that which lasts for eternity, the Word of the Lord (Luke 21:33), will suffice for a place upon which to rest our souls.

We must once more “study” the Word of God (2 Timothy 2:15 KJV).  Other versions translate this word differently, but the impact is the same.  We are to make an extreme effort, to be diligent in the study and application of the Bible.  While there are many worthwhile and profitable fields of study, only one arena promises eternal benefits.  It is the Word alone which, if allowed to be engrafted into one’s life, which can produce eternal salvation (James 1:21).  Knowledge of the Bible is at a perilously low condition in the American church.  If we are to withstand the rising tide of secularism, that must be reversed and must be done in short order.

Another area which must be buttressed is that of strong convictions.  We must be people of principle and not lemmings driven by the siren song of public opinion.  I doubt many among us need to be reminded that the same crowd which hailed Jesus as Messiah upon His entry into Jerusalem a few days later jeered and called for His death.  That’s right, public opinion shifted from loyalty to Jesus to preferring a murderer and insurrectionist in a matter of a few hours.  If you and I are going to allow the talking heads of media to inform us and move us one way or the other, we are going to wind up in the same ditch with those who do not know God (Matthew 15:14).

Those who know Jesus must become individuals with strong convictions.  We must know that for which we stand and the reasons why we are resolute.  This does not mean we must be sour-faced  snobs nor angry zealots who love to protest.  It is possible to be a person of strong moral convictions and not walk around offending everyone in sight.  We must decide where we stand and then simply stand firm, knowing the Lord is with us.

One last thing.  In a nation bent on becoming secular, and by that I mean the expungement of all things godly, you and I are going to be put in a place where we are more dependent on supernatural assistance than ever before.  The idea we can present a solid case for Jesus and the cross to a lost and dying world without the aid and enablement of the Holy Spirit is akin to thinking you can describe the latest and greatest pizza to a corpse and elicit a smile from the deceased.  One may be brilliant, a great orator, even convincing in presentation, but the corpse is not going to respond.  Long gone are the days when there was a general sense of “spiritual awareness” in our land.  Today, to borrow a term from a novel, in order to see people come to Jesus we must “pierce the darkness.”  I think that is precisely what happened in Thyatira when Paul preached, and a woman named Lydia was saved.  We are told, “The Lord opened her heart to heed the things spoken by Paul” (Acts 16:14).

The American church has created a model which is dependent, largely, on intellect, ingenuity, and the cult of personality.  Such models resist supernatural intervention due to the fact the very admission of the need implies a lack of ability on the part of the leader. When I say I am utterly dependent upon the working of the Holy Spirit, I am saying I am unable to move the needle without His presence.  That shouldn’t be so tough for any of us to admit since Jesus has already informed us with Him we are useless (John 15:5).

What now?  What are we doing to do?  We are not going to crawl off in a corner and die.  Remember, the church has not only survived, but it has also flourished under far worse conditions than those in which we find ourselves.  In fact, around the world today, the church is exploding in repressive areas which are ruled by despots who despise our Lord and His church.  We will fulfill our calling and be the witness to His Lordship.  Regardless of who occupies the White House or the Governor’s house in your state, our Father still occupies His throne, and the man Christ Jesus is still seated beside Him, making intercession for us.  Dig deep in the Word.  Stand strong on principles.  Make room for the mysterious work of the Holy Spirit.  His hand is yet upon His church!