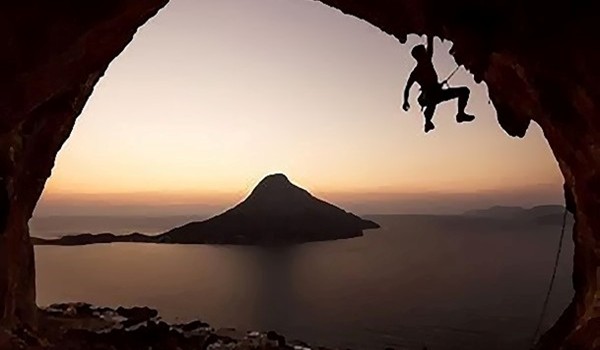 What keeps you going?  What drives you during the tough seasons of life?  It is okay to admit those exist and that you are not always on top of the world.  In fact, a truthful search of scripture reveals the greatest heroes of the faith, including the Master Himself, endured seasons which were marked by cloudy, even stormy, skies and less than perfect conditions.  Consider Israel’s greatest king, David.  He was going through a tough season when he said, “I am like a pelican of the wilderness; I am like an owl of the desert.  I lie awake, and am like a sparrow alone on the housetop” (Psalm 102:6-7).  Paul, a stalwart and strong man of God, confessed that he struggled when he shared with the church at Corinth that he “despaired even of life” (2 Corinthians 1:8).  Surely, if Jesus could encounter such despair that He, while enduring the grueling death of the cross, could cry out, “My, God, why have your forsaken Me?” (Matthew 27:46), you and I can confess we have seasons of struggle.

It is not the presence of the season that matters most.  Uppermost is that we do not allow ourselves to be pushed to the point of surrender.  All God’s saints endure days of gloom.  Those who refuse to give in to the encroachment of grief find supernatural power to rise above the swirl of circumstance and experience the heights of God’s glory.

The great David Livingstone, noted Missionary to Africa, related how that, early on in his ministry, he told others that in Africa one could see the smoke from a thousand village fires, none of which had ever heard of Jesus.  In so describing the mission, he created an almost romanticized, idyllic view of serving Jesus among the nations.  Reflecting upon his story years later, the truth that reality is often a distant relative of initial dreams becomes vividly clear.

Not long into their journey, he and his wife, Mary Moffat, buried their first child beside an un-named river in the African bush.  Livingstone wrote, “Here is the first grave in all this country marked as a resting place for one whom it is believed and confessed, that she shall live again.”  Years later, the missionary stood beside the River Shire and buried his wife.  By this time, the idea that one who served God was always going to walk in sunshine was certainly dispelled.

Years later, after a seven-month journey through jungle which had never been explored, subsisting on roots and some occasional wild maize which was discovered, Livingstone and his party arrived on the east coast of Africa in a British settlement.  Ill with dysentery and famine, he had lost his teeth and was stunned at his skeletal frame when he saw his reflection for the first time since his departure.  Everyone encouraged him to board a vessel bound for England and return home.  He needed to recover and regain his strength.  Putting his journals and maps on board, the emaciated warrior walked ashore and watched his documents begin the voyage home.  Livingstone turned around and began the arduous seven-month jaunt back through the treacherous jungle which had almost taken his life.  By his own account, there were times on the return trip when he was unable to walk any distance without staggering and at times was unable to climb on an ox used to carry him.  He even endured bouts where he temporarily lost sanity due to the raging fever and dysentery.  Yes, reality was a long way from imagined glory.  Why in the world did Livingstone not get on the ship and sail home?  The answer is simple.  He had given his word to the natives who accompanied him on the trail that he would return with them if they decided to go.  Livingstone believed a man should keep his word!

What kept him going during these horrific times?  What drove David Livingstone so powerfully he was able to endure loss and privation which many of us consider unacceptable?  Perhaps he found a secret you and I can employ in our own times of darkness.  If you are looking for some charismatic experience or esoteric knowledge, you will be disappointed.  Let Livingstone tell you what kept him pressing on.  “Shall I tell you what sustained me in my exile life, among strangers whose language I could not understand?  ‘Lo, I am with you always, to the end of the earth.’”  Faith in the spoken word of Jesus propelled him through agony and anguish most of us have never imagined.  Faith in the written word of Jesus buoyed him amid personal loss and primitive surroundings which we can scarcely conceive.

Regardless of what you currently endure or how pressing is the urge to throw in the towel, stand strong upon the Word.  Livingstone endured and became a flaming torch in the hands of God, bringing untold numbers of people into the Kingdom of heaven.  While you and I may not leave such a blazing trail, we can, nonetheless, stand strong, knowing “we will reap if we do not lose heart” (Galatians 6:9).  We too will leave a trail for others to follow, displaying the incredible power of endurance God gives to His saints when we embrace His word.