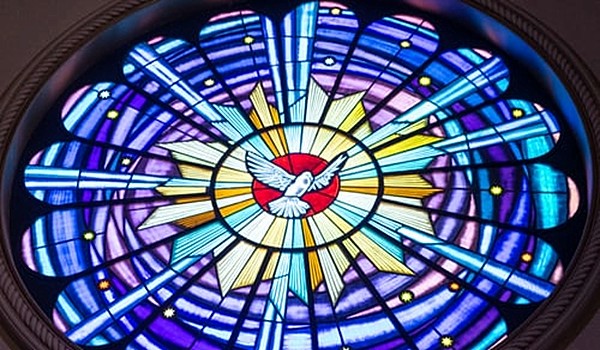 Spending some time working through an eventual book series “Walking with the Master”, I was reminded of His teaching about the role and work of the Holy Spirit.  Only a few hours removed from the cross. Jesus sought to cheer His crestfallen followers by telling them it was actually good news for them that He was leaving, for if He did not depart, “the Comforter could not come” (John 16:7).  I know this had to be strange news and they did not fully grasp the meaning of His words.  How can I throw stones at them?  Two thousand years later I still have trouble fully realizing all He said!

Be that as it may, I do know some of the tasks assigned to the Holy Ghost in my life…and yours.  Up front, His job is that of conviction (John 16: 8-11).  It is His task to convince me that I am a sinner in need of a Savior.  It is also His task to convict me when my attitudes and actions do not reflect those demanded in the life of a follower of Jesus.  Honestly, this work is not always pleasant, but is a necessity in my life.

I’ve recently been pushed around by a book.  Titled “Lead: 12 Gospel Principles for Leadership in the Church”, Paul Tripp challenged me on many fronts.  A line which dug deep and reminds me of my need for the constant work of the Spirit in my life goes like this, “…every leader is a person in the middle of his own sanctification.  No matter how long we’ve been in ministry leadership, no matter how well trained, no matter how theologically mature, we are all still in need of future spiritual development.  We all have blind spots.”[1] Thankfully, you and I have the Holy Spirit at work to bring those things to our attention and assist us in bringing them before the Cross.

A second work of the Holy Ghost in today’s world involves cultivating in my life the mind of Christ.  He promises to lead me to truth (John 16:13).  Seriously, I do not know of a time when this was more pressing that in the current era.  We are now deeply entrenched in a season where truth has, apparently, fallen in the streets. In a scene reminiscent of that described by Isaiah (Isaiah 59), our land is torn asunder by unrest because so many have turned from the truth and embraced fables (2 Timothy 4:4).

Where can one turn to find truth in a day such as ours?  Certainly not to news outlets.  They have long since turned from telling truth to rallying behind political ideologies.  Politicians?  I won’t even go there.  The church?  Sadly, I cannot say without reservation that “the church” is a bastion of truth.  There are too many in the church who have cast off scripture as authoritative to simply say to someone, “pick a church and listen to what you hear there.”  In today’s turbid church world, those seeking to know truth must follow some simple guidelines to avoid being swept up in deception.  The starting point is to seek the fullness of the Spirit at all costs.  Learn to develop a hearing ear.  Allow Him to guide you to truth.  That being said, the next step one must take…this is not an option but an absolute mandate…is to become thoroughly acquainted with the Word of God on a personal basis.  Do not gullibly swallow that which you hear a teacher state.  Learn to dig into the Word and make sure what you are being taught is unremittingly biblical.  Also, if you are part of a church where the view toward scripture is anything less than it is divinely inspired and the final authority, get out and find you a place where the Bible is esteemed as it should be!

I am reminded of the story of Anthony Rossi.  He was one of the many immigrants to the United States in the early part of the previous century.  He was also, as were most of those who came, broke.  Sitting in church one day…that’s right, church, not a business seminar or a success webinar, church…he offered up a simple prayer to God.  He promised God if He would help him, he would be faithful and give part of the business back to God.  Suddenly, out of nowhere, an idea lodged in his head.  “Fresh Squeezed Orange Juice” landed in his spirit.  The rest is history.  The Tropicana Juice Company was the eventual outcome and many of us have tasted the results of Rossi’s idea.  An idea which, incidentally, came from prayer.  An idea, I believe, was the result of the Holy Spirit taking from that which belonged to the Father and giving it to the praying man.  By the way, Rossi was as good as his word, if not better.  He didn’t give ten percent to God.  He gave fifty percent back to the Kingdom!

Allow the Holy Spirit to do His work in your life today.  He knows what you need to hear and do and will, if you are willing, take you to a deeper place with God.