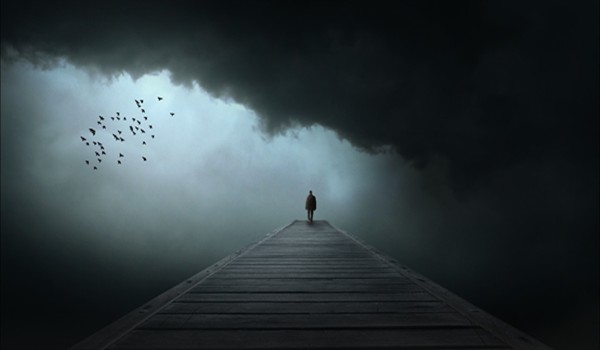 I was struck by a statement of Jesus in the moments leading to His arrest and death.  He stated, “…this is your hour, and the power of darkness” (Luke 22:53).  Speaking to Judas, his religious handlers, and the Roman garrison sent to arrest Him, our Lord, in these few words, spoke volumes to those of us who face the intrusion of hostile darkness into our lives.  Though the masks worn by the opposition and the particulars of the attacks vary, every one of us lives in the land of the enemy’s crucible.  Such was the case for Jesus.  For us, the story is no different.

Anyone half-awake knows our culture is growing darker by the day.  In the name of being progressive, much of our nation is casting off any hint of restraint in an effort to be, as it is currently defined,  totally fee.  Paul’s discussion of the fall of humans into a self-deluded darkness seems more applicable to the current flow of American thought than ever before (Romans 1:18-32).  If ever an apt description of a nation was given, Paul nailed the current milieu when he said, “Professing to be wise they became fools” (Romans 1:22).  It is our prayer that the judgment of God will be staved off and that revival will come to our land.

I want to, for a moment, push past the glaring headlines and catastrophic predictions which each political party emblazons upon every ad for their candidate and instead get exceedingly small, very personal.  For, as so many forget in the agglomerate of politics, prophecy, and pundits which dominate our landscape, individuals, people like you and me, are largely ignored when the moment akin to that which came to Jesus arrives at our doorstep.  Like Jesus in that desperate garden moment,  those around people grappling with imposing darkness seem to either lash out in personal anger (John 18:10) or leave the weary struggler stranded in despair (Mark 14:50).

What about us?  What are we to think in those moments when it seems darkness is winning?  Are we simply specs on the galactic playing field, part of the whole but individually unimportant?  At times, it seems the pressing darkness screams such is the case.  However, the quiet voice of Spirit and Scripture tells a different story.  For, even as Jesus was abandoned and enshrouded by an increasing dark moment in life, He let us in on some sobering as well as strengthening truth about the imposing darkness of our time.

First, and this is sobering to consider, God allows the darkness to  exist.  There is an entire school of thought, we call it Theodicy, which has come about as an attempt to defend God.  You are familiar with this arena.  Someone asks, “If God is good, why does He allow suffering?”  “If God is so powerful, why doesn’t He stop drug trafficking at the border?”  “If God is love, why does He not step in when terrorists attack?”  These are hard questions.  So is the agonizing inquiry from a beaten-down believer when through the pain they ask, “If God loves me, why am I going through this?”

Being neither a theologian nor philosopher, I will not attempt to dive deep into the muddy currents plumbed by those more experienced than I.  Suffice it to say the scriptures present a God who can do anything (Ephesians 3:20) but who chooses to not do some things we wish He would do.  He could have created mankind as an automaton, incapable of falling into sin.  He chose another path. That is the mighty conundrum of revelation about God and the cross upon which you and I must agonize in order to display faith.  Remember, none of us, the most brilliant savants included, can comprehend God.  He, by His own choice, requires faith in Him (Hebrews 11:6).  When the darkness imposes itself, we are left with a faith choice. We either choose to believe in God and His inherent goodness or the faith systems of the atheists and agnostics who believe there is no God.  I contend it is here, in the list of heroes of the faith extolled in the latter part of Hebrews 11, that true, mature, developed faith is put on display.  When God allows something dark to come around, the time arises to simply stand and believe.

For, though our God allows the darkness to exist, He also limits the impact in our life.  In His darkest moment, Jesus set a limit on the personal invasion of the enemy into the lives of His followers. Focusing upon the shattered and unaware disciples and their agonizing predicament, Jesus spoke to the minions of the dark one and commanded that they, his companions, be left alone by the assembled mob.

You and I, if we can summon the ability to look beyond the immediacy of our pain, will be greeted by the heartening news that our God knows the limits of our endurance and will equally limit the ability of our enemy to pile upon us a load we, linked to Him, cannot bear.  Remember this, our God knows our inner make-up. He knows you and I, even those who appear to be strong and together, are no more than dust (Psalm 103:14).  Nothing will ever arise; no dark moment will ever appear without His allowance and limitation.  Through it all, if we can somehow learn to bend beneath the load, we will discover that beneath us, out of sight, awaiting our collapse, are the Everlasting Arms (Deuteronomy 33:27).

Still, God does not allow us to languish in a dark place.  He does not allow the imposing darkness to have victory over His saints.  Jesus endured the darkness but witnessed something amazing on Easter Sunday when darkness was shattered by blinding light.  I can only imagine what transpired in that dark tomb as the first of many more resurrections took place.  It had to fill heaven with reverberating joy as the imposing darkness was defeated by impenetrable light!

This tells those of us who are fighting, grappling through attacks of darkness, this moment is not the end of the issue.  Should you be reading these words and feel as if the world has fallen in around you, don’t give up.  Hold on, choose faith over despair.  Weeping does endure for a night, and sometimes those nights get incredibly long, but our God ensures joy will come in the morning (Psalm 30:5).  For whatever reason, God may be allowing you to endure a dark moment.  Don’t succumb to fear.  He is still in control and will not allow your enemy to have victory.  He will shine forth, in due season, for all those who endure and not give up!