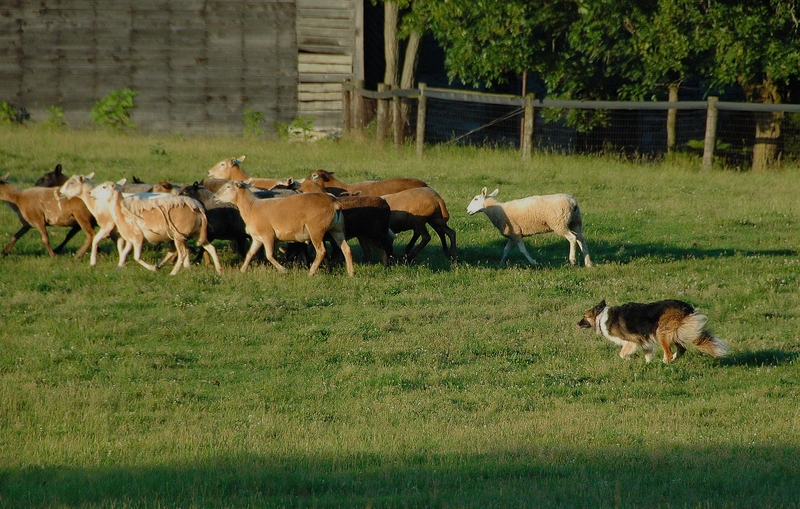 There is a constant, gnawing, sense of concern in many quarters about the state of the church.  All we hear, in many cases, is bad news.  There are cover-ups of serious sin.

In other circles we hear the cry of declining attendance. Still others cry out that the church has become lifeless, entertaining perhaps, but spiritually lifeless.  It seems the church, in particular the church in America, has lost much of its ability to rise up and speak with a clear and prophetic voice to our nation.  Then, there is the outright antagonism which rakes the church from every side.  No longer content with simply ignoring the presence of the church, a large swath of our nation now expresses outright hatred for the movement of God, denouncing it at every turn, and launching vehement tirades against any and all who dare to name the name of Jesus.  Worse still, as our nation becomes more and more under the spell of the spirit of antichrist, and thus more violent, for the father of this movement is none less than Satan, who has been a murderer from the beginning (John 8:44), churches are becoming an inviting target for those driven by demons.

Does that sound like a dark day to you?  It should, for it is.  However, ours is not the first time the people of God have faced dark times.  For instance, consider the farcical worship at Shiloh.  The book of Judges closes with the horror of a grandson of Moses setting up graven images for worship (Judges 18:30).  Things spiral downward until the nation of Israel plunges into gang rape, gruesome dismemberment, and  sending body parts to the various tribes (Judges 19).  Familicide sets in as Israel, as a whole, rises against their brothers in Gibeah.  Civil war results in the deaths of thousands of people.

Over the next twenty years, things around the church grew no better.  A priest by the name of Eli had sons who perverted worship.  News from church was horrible.  They practiced contempt for God’s commands.  They were carnal and exploitative.  They were, in reality, committed to Baal, the archenemy of all that was Godly (1 Samuel 2:12-36).  Church was not a great place to be in that day!

Still, even though none of those being hustled or hassled could see it, God was at work among His people.  Silently, out of sight, unnoticed, God was preparing something for the church of that era.  No big slogans.  No well-advertised conferences.  No impassioned speeches before huge crowds.  That’s because growth seldom makes any noise.  In fact, growth is scarcely noticed until one day it seems to spring forth and declare its presence.

I am convinced those among us who have that gnawing sense that something is not right, that we might need a course correction in the house of God, can take heart.  You see, the story of Samuel reveals the way our God works.  Look at it this way.  There was direct disregard of the ways of God and thuggish behavior if you objected to the intrusions of leadership into God’s plan (1 Samuel 2:12-17).  Yet while that took place, Samuel ministered to the Lord, serving Him (1 Samuel 2:11).  There was sexual perversion as Hophni and Phinehas would openly have sexual relations with the women tasked with serving the Lord around the tent of meeting (1 Samuel 2:22, Exodus 38:8).  But Samuel was ministering before the Lord (1 Samuel 2:18).  Those in charge refused to hear the rebuke of the Lord, resulting in their eventual death before God (1 Samuel 2:25).  Samuel grew in favor with the Lord (1 Samuel 2:26).  The prophetic word of judgment fell like a hammer on the house of God (1 Samuel 2:27-36).  Samuel kept on ministering to the Lord (1 Samuel 3:1)

Do you see the same pattern as I?  Those who flourish, even when things are not so great around the church, simply keep on ministering to the Lord.  Those who are used of the Lord to bring revival to His people are aware of the pressing needs around them.  Yet in the middle of all the chaos, they just keep on worshipping the Lord.  Even when the announcement of judgment arrives, they simply press in closer and worship the Lord with greater abandon.

In this day of uncertainty, instability, accusation, and fearmongering directed at the church, you and I will do well to pattern our lives after the young man who, though well aware of the shortcomings around him, chased ever more stridently after the God who created the church.  Remember, the Bride belongs to HIM.  He will ensure those who passionately chase after Him will flourish regardless of what swirls around them.  It is because we love Him that He will deliver us (Psalm 91:14). It is because we call on Him He answers us (Psalm 91:15).  Stay in the chase!