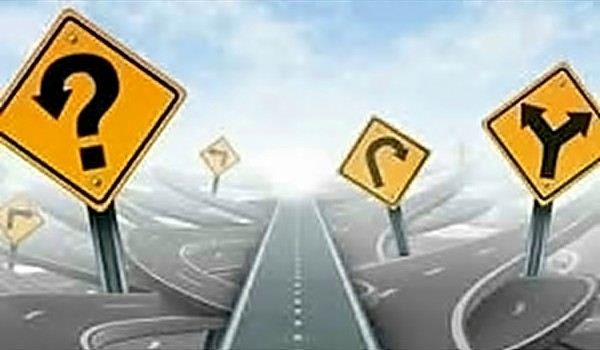 Have you ever heard of “mission creep?”  It is a term which describes the gradual expansion of a mission beyond its original intention.  It is used in military, business, and other applications when the original mission and guidelines become so blurred the organization is no longer involved in following the original blueprint and definition for success.  The church is not immune to mission creep.  In fact, if you take a close look at the writings of Paul, he was well aware of this all-to-human propensity toward mission creep…even in the mission of the church.

Paul was passionate to the point of weeping when he expressed his concern that “savage wolves” would one day enter the Ephesian church and bring havoc in their midst (Acts 20:29-31).  Not many years later, Paul wrote to these same believers what many call the greatest letter ever written.  The letter we call the book of Ephesians scales heights scarcely visited in scope and beauty.  Yet, less than a decade later, Paul feels compelled to send young Pastor Timothy to this same church to confront mission creep which had arisen in their midst.  Amazingly, the wolves about which Paul had warned had come into the fold and the once rock-solid church had drifted from the original intent and blueprint.

How much mission creep had occurred in Ephesus?  Apparently enough that Paul felt he had to employ his Apostolic credentials in order to gain a hearing among them.  Think of it this way.  Paul had been involved involved in the Ephesian church from the beginning.  He had taught them, wept with them, prayed with them.  He had written them the sterling letter we call Ephesians.  Now, he was sending a letter to Timothy, a son in the faith.  Everyone knew who Paul was.  He did not need to give his credentials to any of them.  Yet he knew there had been so much mission creep in the church he was going to need more than a friendship in order to be heard.  He had to let them know he was writing as an Apostle of the Lord Jesus.  The Founder.  The Father.  The Friend.  But things had crept so far in Ephesus the letter to Timothy and the church had to include credentials of authority.

What is it about us that makes mission creep such a recurring problem?

Obviously, the ENEMY is at work.  Our enemy, Satan, does not want us to remain faithful to the blueprint, in this case Scripture.  His first choice is, of course, that we have no scripture whatsoever.  Lacking that ability, he is equally pleased when we allow ourselves to have just enough Bible to think we are saved when, in fact, we are far from Him.

Our EGO certainly assists in mission creep from scripture.  Our pride rebels against surrender of any “right” we think assailed.  If you doubt this is a problem, step back and watch the frothy defiance displayed by Christians over something as simple as wearing a mask during the current Covid situation.  Mind you, I am not telling anyone what they must do, I am simply saying that our stern assertion that we “know our rights” in this matter fails to pass muster with Paul’s Spirit-anointed teaching in Romans 14-15 regarding differences of opinion in the church.  Scripture calls for us to “please our neighbor for his good. leading to edification” (Romans 15:2).  There are simply some things I do, or do not do, because I want to assist my brother on his journey.

EXPERIENCE WITH SOCIETY is, perhaps, the greatest cause of mission creep when it comes to the scriptures.  After all, who among us wants to be despised because we take a stand on an issue which is at variance with the culture?  Who wants to be viewed as an out of touch, irrelevant individual because you base your life on the Bible, a book which our culture increasingly despises?  Our culture is becoming less open to the Bible as absolute truth with each passing year.  If we are not careful, we will allow the pressure from outside the faith to cause such mission creep inside the faith we will scarcely resemble the original blueprint and mission given by Jesus.

Actually, we have already moved a great deal.  Recent surveys reveal the sobering fact that seventy seven percent of Americans already believe right and wrong are determined by things other than the Bible. Among those who consider themselves Christians, a staggering sixty six percent of those surveyed believe having some sort of faith is more important than the particular faith which is chosen.  Here’s what stunned me.  Among the Pentecostals surveyed, a staggering sixty two percent agreed that the kind of faith was not as important has having some faith.  Just when I though things could not get worse, I discovered forty six percent of Pentecostals surveyed felt one can be saved simply by doing some good work.  Mission creep is not limited to secular organizations or mainline denominations…it has struck deeply within the houses of worship we love.

There is but one remedy.  We must return again, as did the famed Martin Luther, to an insistence on Biblical authority.  Mission creep must be cast aside and we must embrace scripture alone as our basis of belief and operation.  We can no longer allow our pride or the pressure of a lost and dying culture to drive us from that which will stand the test of time.  May our Lord, when He returns, find us doggedly clinging to HIs Word and living our lives in a fashion pleasing to Him.