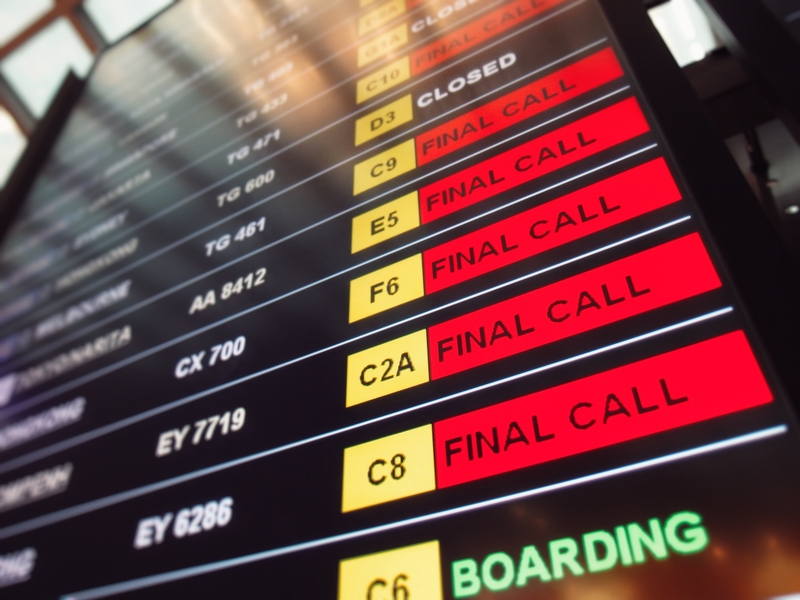 The Philistines, that is correct, the Philistines, missed a golden opportunity to have revival.  In a battle with Israel, which always seemed to be their lot, they, through none of their own righteousness, collected the Ark of the Covenant as booty from a battle (1 Samuel 4:11).  It was not the case that they were more than a match for the people of God.  The sad truth was the people of God were part of a church…it was all they knew…that had lost connection with the Founder.  Leadership was corrupt.  People were being deceived and coerced into sin.  It was a sad day and God displayed His displeasure by showing them the trappings of His presence meant nothing without the reality of His nearness.

Suddenly, almost in shock, the Philistines had in their grasp the possibility of the greatest move of God they, as a people, had ever seen.  The Ark was there, they could see it.  The battered and bent angels, wings almost touching, the place where God said He would meet with Moses and the people, was there.  One can only imagine what might have happened had they, the arch enemies of Israel, bowed before the Presence which accompanied that golden box.  Who knows what great move of God might have taken place had they cried out for mercy and sought to walk with the Power that dwelled above that box?

In fact, the Philistines and most of us share a commonality in that single respect.  We have, regardless of how we arrived at our current state, a chance to experience an outpouring of God’s glory unlike anything we have ever witnessed.  We are living in that era of “latter rain.”  We are the recipients of the promise echoed at Pentecost by an anointed Apostle Peter.

We have a chance to witness God’s glory.  We cannot afford to miss our season as did the Philistines.  Sadly, we are making many of the same mistakes as did they.

Like the Philistines, we are still trying to mix a bit of God with a touch of the world.  They tried to put the Ark in the same tent with their god Dagon (1 Samuel 5:1-5).  This co-mingling did not fare well for Dagon, nor does it for those who seek to mingle Jesus with the philosophers, teachers, and modern leaders of the many idol cults of our day.  Jesus still lays claim to our entire life, hobbies, interests, desires included (Mark 8:34-35.)  So thorough must be our surrender to Him that the hallmarks of being His, at least in the eyes of many, are not those things upon which we depend for entrance into heaven.

Many will say to Me in that day, ‘Lord, Lord, have we not prophesied in Your name, cast out demons in Your name, and done many wonders in Your name?  And then I will declare to them, ‘I never knew you; depart from Me, you who practice lawlessness!  (Matthew 7:22-23)

Do not try to mix His Lordship with the demand of other things.  Jehovah and Dagon cannot live together in the same tent.

Sadly, many today in the church…we can talk about the nation all we want, we must first address our own drift…are following the Philistines in another downward spiral.  Rather than looking around at our difficulties, our diminishing ability to speak powerfully to the culture, even our decreased numbers, and realizing we are being met with a wake-up call from God, like the Philistines we are, in many instances, doing our best to send away the very thing which offers hope.  They were struck by the Lord for their refusal to bow before the Living God.  Instead of crying out for mercy and His empowering Spirit, they boxed up the anointing and sent it away.  How many among us are doing an amazing reenactment of their sad failure?  Rather than crying out for the anointing which guided the Acts church and set our fathers on fire, we are doing our best to send that away and instead relying on the assembled carts of those who think they know best how to thrive in a dying world.  Perhaps the time has come for us, the American Church, to quit seeking to rid ourselves of the unexplainable Power and instead fall in amazement before the One who spoke from just above those beaten angels but today speaks through His Son.

Here’s the tragedy of the missed opportunity of the Philistines.  They remained as the primary antagonists of Israel.  They continued to fight against any and all moves of God to establish His Kingdom.  They fought and won many victories, killing many of God’s chosen people and watching many from their ranks enter eternity as well.  Over time, a leader named David subdued them (2 Samuel 8:1). David took Metheg Ammah, which means “The Bridle of the Forearm,” or “The Bridle of the Mother City.”  It is another way of saying David so conquered the Philistines, they were never again seen as a threat to the people of God.  That is evidenced by the fact the term “Philistines” occurs 149 times in I&2 Samuel, but only 6 times in I&2 Kings.  When Nebuchadnezzar swept through Judea, they were overwhelmed and swept into the dustbin of history.

Had they only bowed in repentance when the ark arrived, who knows what might have happened.  How many senseless deaths took place because they refused to cry out to Jehovah?  How many orphans followed their refusal to seek Him while He could be found?  How much bloodshed, how many horrors, how much violence could have been averted had they only seized the moment and reached out in passion to the One who would have saved them?  Of course, we do not know the answer to that question.  Yet it should give us pause.  While no one knows our future, we can rest assured our actions today will have great impact on our tomorrow.

Today, now, the church in America has an opportunity to cry out, to repent, to turn from the foolishness which has dominated the “religious” scene over the last few decades, and sincerely cry out to the Lord of Sabaoth (James 5:4).  If we rend our hearts, He will hear from heaven.  Who knows what Jesus will do when we the church turns to Him in full surrender?  It is our season.  It is the time of our visitation; we cannot afford to miss this opportunity (Luke 19:44).