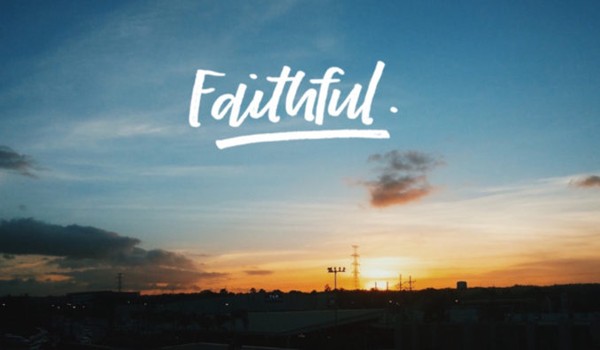 If one comes from a perspective which views culture and current events through scripture, rather than the opposite approach which makes scripture pliable and meaningless as it is contorted to validate things which are in reality prohibited, it is easy to view today’s volatile events as the outgrowth of a spiritual issue. In fact, today’s headlines are peppered with images which can easily be described as exhibiting a “spirit of lawlessness.” Paul, exhorting the believers in Thessalonica, let them know this spirit was at work in their day. “For the mystery of lawlessness is already at work; only He who now restrains will do so until He is taken out of the way” (2 Thessalonians 2:7). Paul let them know in their day there was something restraining the full release of lawlessness and, in due time, things were going to get worse. Certainly, we are front row witnesses to this prophetic statement being fulfilled.

Up front, we must admit lawlessness can wear a blue shirt and badge, or it can be sporting beat up jeans and a bandana. It can appear in a courtroom through a judge’s unjust and unfair ruling. It can appear in a city square where anarchy is the rule of the day. It can fomented behind a pulpit or at a protest. Each of us, regardless of the side with which we agree, can cite chapter and verse of lawless actions perpetrated by those on the other side of the fence. Perhaps it is time we in the Kingdom of God step back and agree on one thing. Jesus drew a clear and unmistakable line which leaves no wiggle room when discussing such matters. “The thief does not come expect to steal, and to kill, and to destroy. I have come that they might have life, and that they may have it more abundantly” (John 10:10). If something kills, steals, or destroys, it is devilish. It really is that simple. The spirit behind the outrageous actions being played over and over through the means of media, regardless of who perpetrates them, is aligned with the mystery of lawlessness whom Paul mentioned.

We get so caught up in the horrific incidents of the latest news cycle, there is a constant need among us to remember that we have been told the days are going to become more and more dangerous as the end of the age draws near. Make no mistake about it, the mystery of lawlessness is becoming less mysterious with each passing day. While we have been affixed to our media outlets, mesmerized by the tragedy and escalating violence associated with racial strife in American, lawlessness has run amok, leaving trails of blood across our land. New York City witnessed an uptick in murder rates over a two- week period of 133 percent. Chicago saw 18 people killed in one day, the most violent day in sixty years. Both St. Louis and Cleveland saw seven different shootings and New Orleans was the scene of fifteen shootings in that same period.

What can we, the church do? What should we do? Obviously, we must pray. We must pray for our dying world. We must pray for those blinded by the spirit behind the lawlessness. We must pray for ourselves, our children, our world. We are gravely mistaken to think anything other than prayer can undergird the rest of our actions. Remember, we are to be “…anxious about nothing, but in everything by prayer and supplication, with thanksgiving, let your requests be made known unto God” (Philippians 4:6). The peace for which we yearn is granted only in response to such prayer.

We must also participate in the pain of others. I don’t agree with everything Harry Williams II posits in his book Taking It To The Streets, but he makes a point with which I heartily agree when stating, “If you want to be successful in urban mission, godly compassion is not the only tool you will need, but it well may be the essential one. If you possess it, you won’t have to tell anyone.” In fact, that is true regardless of the setting of ministry. Until we reach the place we are living Paul’s ideal expressed to the Corinthians that we care for each other to the extreme we weep as well as rejoice with our fellows, we will never come to a place of understanding which enables us to adequately answer the mystery of lawlessness which today abounds.

Lastly, we must practice the faith. We must live out the faith. In particular, we must find a way to put flesh on the words of Jesus which have come to be known as The Golden Rule. “Therefore, whatever you want me to do to you, do also to them, for this is the Law and the Prophets” (Matthew 7:12). When this metric is employed, life takes on radical change. We, His church, must embrace and employ this dynamic if we hope to staunch the progressive revelation of the mystery of lawlessness which is on the rise. May we be found faithful!