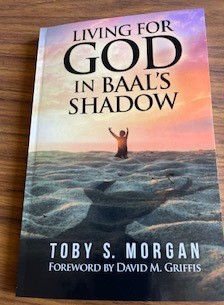 Imagine living in a city, surrounded by a society, which was totally contrary to everything godly.  You and I are upset at the way our nation is, to borrow a term from jurist Robert Bork’s book, “Slouching Toward Sodom.” What would we do were we to wake up and find ourselves no longer slouching toward the cesspool of Sodom, but instead searching for ways to survive the downward drag of the godless culture?  I hate to be the harbinger of bad news, but when you awoke this morning you stirred from slumber in a society exactly like that described above.

Don’t fret.  Don’t throw up your hands in despair.  You and I are far from the only ones who have discovered the antagonism which exists between the Spirit of Christ and that of the Anti-Christ.  In fact, when you read the New Testament, particularly the epistles, you are engaging with men and women who were  waking up every day in a culture so godless, so pagan, they were in the vast minority.

For instance, the saints in the ancient city of Thessalonica lived every day of their lives confronted with the worship of Baal.  You can read more about them and their means of victory in my latest book, Living For God In Baals Shadow.  I will tell you this much now.  Paul did not cower in fear nor did he console these saints with a “poor little child of God” attitude.  Instead, Paul CONFRONTED the Baal worship of the day, particularly the Caesar Cult which dominated the city.  He, and his band of believers, asserted that there was but one true God, and He was not occupying a throne in Rome.  Instead, He dwells in the heavens and sent His Son Jesus Christ to die for our sin.  Because of the obedience of Jesus, we are now redeemed, and He has been elevated to a place where “every knee shall one day bow and proclaim Him as Lord of all (Philippians 2:9-11).

Paul also COMMENDED them for their faith in the face of troubles and persecutions.  Imagine living in a society which hated you for your faith, indeed a culture which would have you arrested, persecuted, even killed because you loved Jesus.  Add to that constant pressure the misguided teaching by some in the community that the reason you were in such a difficult spot was because Jesus had already come, and you were now caught up in the time of God’s judgement.  Those two things would make one want to throw up you hands and quit.  Yet these believers were in that precise spot.  Instead of giving up, they did something amazing.

We are bound to thank God always for you, brethren, as it is fitting, because your faith grows exceedingly, and the love of every one of you all abounds toward each other  (2 Thessalonians 1:3).

He commended them because their faith actually flourished in the face of such adversity.

Finally, Paul CHALLENGED them with sobering news.  Jesus was coming, but so was judgement (2 Thessalonians 1:5-10).  Their task was to stay ready, to always be prepared for any eventuality.

The words Paul wrote to this small group of believers in a Baal dominated city have more impact in our lives today than at any other time in our history.  As we watch our nation speeding toward judgment, our task is exactly that as outlined by the Apostle.  Our job is to stand strong in the faith; indeed, to flourish in our walk with Jesus.  Doing so will prepare us for anything which accompanies the next rising of the sun.