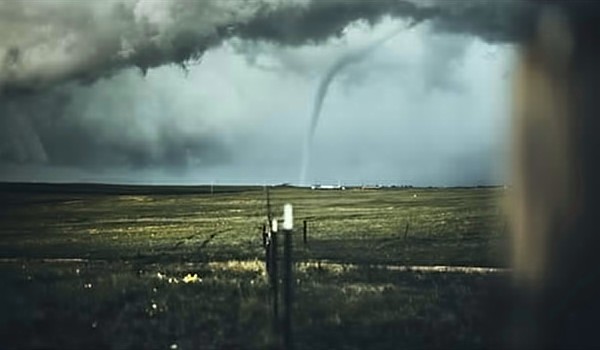 The horizon is littered with political and military figures who are far from God.  Nations, steeped in war and bloodshed, are emerging as ever-increasing threats to freedom.  Society seems to be crumbling before the bewildered eyes of onlookers.  No one seems to know the answer to the looming threat of disaster.

Sounds familiar, doesn’t it?  Would it surprise you to discover these same statements could have been made by those living in the day of Isaiah, God’s amazing prophet?  Like us, those who heard him speak or read his words, were gazing upon a world which was coming apart at the seams.  On top of all the disruptions, off to the east, a tyrant by the name of Cyrus was being raised up.  To the amazement of some, the shock of others, Isaiah confirmed their worst fears.  This man, this despicable, deplorable man, was being prepared by none other than Yahweh Himself (Isaiah 41:2-4)!  This “servant” of Jehovah was being groomed in order to bring blessing to the people of God.  His actions and might would cause nations to quake in fear before him (Isaiah 41:5) and would result in futile coalitions to stop his advances (Isaiah 41:6-7).  It didn’t matter.  All the attempts men would muster would fall flat, for the God of the Universe was behind the emergence of this pagan servant.

Amid all the turmoil and handwringing, God was at work for the good of His people.  I doubt many of them discerned it.  I doubt many of them could sense it.  After all, they were not all that different from us.  Like those of us who see our nation in the divisive and desperate shape she is in today, they struggled with their beloved country being dissected by those who knew not the Lord.  Still, as the popular song says, “Even when I don’t see it, You’re still working.”  That’s nothing new.  Paul told us the same thing long ago.

And we know that all things work together for good to those who love God, to those who are the called according to His purpose.

God has a plan for His church.  He’s working to prepare us for His next great move.  Perhaps it is the trumpet blast to call us home.  It might be getting us ready for the next wave of the Holy Ghost which will encircle the earth.  We need to face the possibility it may be for us to endure hardship and persecution for His name’s sake.  Make no mistake, whatever lies ahead, whomever rises to power, your God is in control and is working for your good!

My question, addressed long ago, is “how do I experience the goodness of the Lord in the land of the living (Psalm 27:13)?”  Is there hope for those of us who, like Isaiah, are bewildered at the development of such Antichrist fever in our land?  You better believe there is!  Thankfully, we have it laid out before us in the same chapter which reveals the unseemly servant of God.

“Fear not, you worm Jacob, You men of Israel! I will help you,” says the Lord And your Redeemer, the Holy One of Israel.

Victory starts with the real me being presented.  Dress me up, say nice things about me, but the real me is described here in graphic detail.  I am the “worm Jacob.”  Think about what that means for a moment.  Esau, his brother, hunted animals like a warrior while Jacob preferred to hang around the tent near Mom.  When Esau got angry, rightly so, Jacob ran away from home and was so frightened he stayed gone twenty years.  On his way back home, Jacob was such a coward, so scared of his Canaanite neighbors, he apparently wanted to do nothing when one of them raped his daughter (Genesis 34:30).  God reminded His people, fretting about those emerging on the national scene, that they were descendants of Jacob.

Before you write me off, remember this.  The problem has never been the weakness of God.  It has always been the arrogance of His people who think themselves strong.  It is then, in our presumed mindset of self-reliance and ability, that God raises up those who challenge us.  God does this to remind us we really are much closer to the “Worm Jacob” than we like to admit.  But it is there, in the real me being presented, that I conclude that my victory is of Him.  It’s almost as if Paul was onto something when he said, “When I am weak, then I am strong (2 Corinthians 12:10).

Thank God, He doesn’t leave us thrashing about in misery.  Our realization that we are worms before the great powers of this planet is not the end of the story.  In fact, it is that position which places us in the precise spot to experience the amazing glory of God.  Isaiah declared we worms will become warriors who move mountains as we grasp the hand of Jehovah (Isaiah 41:10-16).  However, we must approach this His way.  The idea being presented is not a manly partnership, us taking His hand and shaking on the deal.  No.  The picture before us is a wavering, stumbling toddler, dependent upon the enabling hand of One greater to stand us aright (Isaiah 41:10, 13).  His church will never reach the place we are able to exist, to stand before men and devils, without His constant and empowering Hand at work in our midst.

“Behold, I will make you into a new threshing sledge with sharp teeth; you shall thresh the mountains and beat them small, and make the hills like chaff.”

God will use worms like us to bring down mountains.  When we stop trying to be something other than what He has called us to be, when we come to grips with the fact that an absence of His presence means defeat but the glory of His Spirit with us transforms us into instruments in His hand, we will once more watch in amazement as the mountains arrayed against us crumble beneath the weight of His anointed Word.