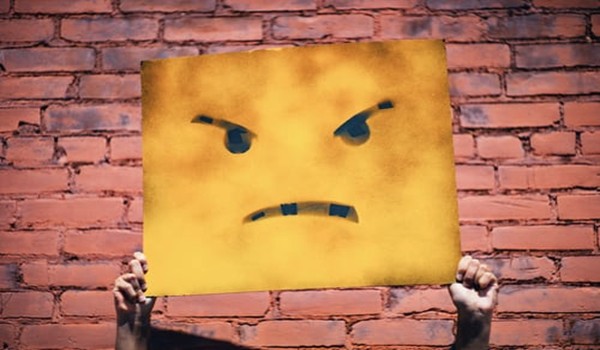 Everyone paying attention is painfully aware of the shifting of our culture away from anything Godly and the rising tide of anti-Christian thought.  If you tune into the news or watch any of the countless talking heads on televised media, prepare to have your faith insulted, your Lord demeaned, and your sanity questioned.  For those of us who have grown up in a society which at least tipped the hat toward Jesus and the Bible, these are disquieting days.  However, if we step back and take a deep breath, other realities will begin to surface.  Realities which will bring hope and confidence to all who name His name.

First and foremost, to be castigated because of your faith in Jesus is akin to being honored for achievement in the Kingdom.  After all, the Founder of the movement was Himself mistreated, lied about, brutally handled, and eventually slaughtered.  If our Master was despised and detested for His words…. remember, they did not oppose Jesus because He healed people, did good for people, and helped people, they fought and killed Him because He spoke truth…shouldn’t we bear equal dislike when we refuse to dull the edge of His words?  As we stand for truth, we need to remember something Jesus told His disciples.

24“A disciple is not above his teacher, nor a servant above his master.

25It is enough for a disciple that he be like his teacher, and a servant like his master. If they have called the master of the house Beelzebub, how much more will they call those of his household!

The vitriol of the culture should encourage us to know we are on the right track.  Don’t back down, keep speaking the truth in love, knowing the same spirit which opposed Jesus is going to oppose you.

Another buoying aspect of the hiss of culture hurled at us is found in something stated by the writer of Hebrews.

13Therefore let us go forth to Him, outside the camp, bearing His reproach.

As Jesus was cast outside the city of Jerusalem by the civic and religious leaders, you and I can expect to be left off the party invitations of those who despise our Master.  It’s all part of “bearing His reproach.”  The word “reproach” carries the idea of insults, offensive remarks, someone railing at you or chiding you for your faith and words.  I don’t like that any more than you, but it tells us something when people protest, shout at us, rail on media about us.  We are so much like our Master; they are doing the same thing to us as was done to Him!

Ah, but this gets better.  Do you see the word “bearing?”  Of course, it means to put up with it, endure it, learn to live with it.  But there is another sense of this word which can be found in the New Testament.  It comes from the life of Paul when he faced a different kind of storm.  Trying their best to keep a ship from being torn apart in a hurricane, the experienced sailors acted in a sound fashion.  Doing their best, they secured the ship.  Listen to what happened next.

17When they had taken it on board, they used cables to undergird the ship; and fearing lest they should run aground on the Syrtis Sands, they struck sail and so were driven.

It caught my eye that the word “driven” in Paul’s experience and the word “bearing” in Hebrews 13:13 are the same term.  There are times when the insults and attacks from a godless culture will do more for you than just make you feel close to the Master.  They have the ability to DRIVE you toward your destiny!

God was driving Paul toward Malta, where a miracle was going to take place which resulted in an island coming to Jesus.  Who knows where the reproaches will take us?  The only thing I can say with certainty is our Master allows that which propels us toward His victorious plan for our lives.

So, the next time you feel insulted because of Jesus, rejoice!  You are aligned with Him, and He is aiming you toward your destiny!