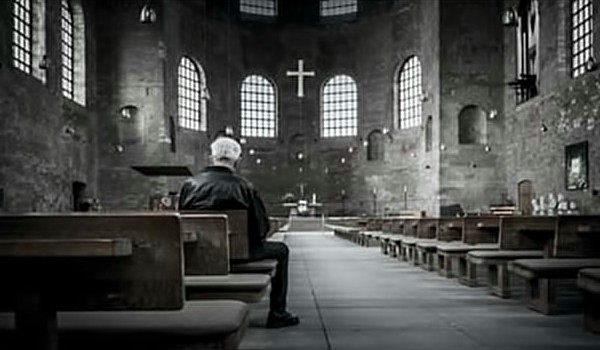 Last week, Jessica Mouser released an eye-opening article which appeared on ChurchLeaders.com.[1]  Noting the comments of George Barna on a survey released by the Cultural Research Center of Arizona which states we are in a Post-Christian Reformation, the results are staggering.  Simply put, we are witnessing a reformation being driven by people seeking to maintain a Christian identity while embracing and adopting unbiblical beliefs.

Of course, this is nothing new, particularly to those who cling to Pentecostal and Charismatic beliefs.  That is, until now.  This article pulls enough layers back off the onion to reveal that we, the ones at whom all the “other” churches looked upon as oddballs and outcasts, have suddenly decided to align ourselves with them rather than standing in strong opposition to what we viewed as straying from the truth.  That’s right, the views among Pentecostals/Charismatics on some vital truths are not all that different from those “nominal” Christians we have looked upon as not walking in complete truth.

Pentecostals, according to this report, have an overwhelming majority, sixty nine percent, who do not believe in an absolute, moral truth.  An even larger percentage does not believe life is sacred and are convinced the Bible is ambiguous about abortion.  When I read these numbers I asked myself, “How have we gotten here?”  “How have we arrived at this place?”  I want to propose a few possible ways we have gotten off track in hopes we might find our way back.

First, we have been far too driven by emotion.  Do not get me wrong. I love boisterous worship and moving church services.  What I fear is we have become so driven by the emotion of the moment we have bypassed the natural outcome of a man encountering God.  Look through scripture.  When men had a definitive meeting with God, they left that meeting changed.  We must do more than have a “great service.”  We must somehow, through our emotions, bring people into contact with the One who can change their course of life.

Second, I fear we have numbed ourselves to the conviction of the Holy Spirit.  Remember, Jesus clearly stated one of the primary works of the Holy Ghost is to convict men of their sin (John 16:8).  Conviction is messy and results in actions not easily blended into a Sunday morning production.  Still, no one is going to heaven without it!

Third, we have arrived here because of a low view of Scripture.  No, we haven’t evicted the Bible from church, but we have acted, in many cases, as if a few verses in the Scriptures were all that existed.  We have shifted our focus from teaching Scripture as infallible and inspired to something which buttresses our theories and opinions.  I agree with a writer who recently told the difference in preaching and teaching today and a few decades back.  When I was in school, and seminary, we were taught to dig into scripture, get the sense of what was being said, and then use a story or illustration to illuminate the teaching.  Those stories were like “windows in a house,” they shed light on the meaning of Scripture.  It appears today’s approach is more along the lines of finding something I want to preach then scouring Scripture to legitimize my opinion.  If we are to change this course and undesirable outcome in the church, we must once more allow Scripture to bend us rather than the opposite.

I believe we can still worship God with passion and exuberance.  In fact, because His word calls for such, we must continue to express our joy before the Lord.  I am also convinced that as we pour out such expressions to Jesus, the Holy Ghost will move among us and convict of sin.  That may result in some messy times around an altar, but if such is the case, so be it.  We must recapture a high view of Scripture, something akin to the view held by a man who, on Halloween Day some five hundred three years ago, nailed some truths to a church door in Germany.  Martin Luther was a strong advocate of “sola scriptura.”  This meant the scriptures, and scriptures alone, must define truth among God’s people.  Perhaps, in this moment of turmoil, God can raise up those who will lead us forward, or backward depending upon your point of view, into a new season of worship, witness, and Word which will carry His church forward into a new reformation.  A reformation which will invite God’s glory rather than His judgement.