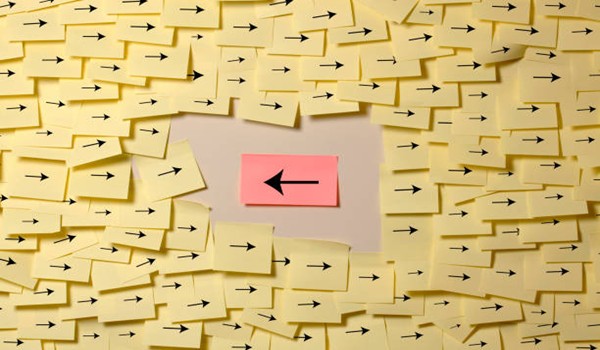 I have been stirred by recently reading Alan Hirsch’s The Forgotten Ways.  He makes a powerful point by outlining the problems being faced by today’s church.  He is prophetic when writing we “have woken up to find ourselves in contact with a strange and expected reality” (3).  I think we can all agree with that statement.  Covid is again surging.  Cultural battles rage.  Churches are fighting over core values.  It is a new day indeed!

The statement which stirred my heart was not about such obvious realities.  No, it’s when Hirsh said, “the issue is we don’t delve deep enough for our answers” (3) that my antennae went up.  I think he is onto something.  In fact, I think his challenge may well determine our survival in America as a church.

For the last few decades, it seems the response of much of the church, when challenged as we are today, has been to dig deeper.  The problem is we have excavated deeper into a culture which is defiantly against the God we serve.

Digging deeper into the culture for answers is problematic for two reasons.  First, the culture is dead.  Not dying, dead.  Scripture allows for two distinct classes of people.  There are those “dead in trespass and sin” and those “made alive” by the Spirit of God (Ephesians 2:1).  To dig deeper into a dead culture in order to make accommodations for their likes and dislikes about the gospel is akin to asking the corpses at the local funeral home how to make mid-week television more entertaining.

Second, our excavation into a dead culture creates a desire in us to soften the sharp edges of the gospel to make our church more acceptable.  The problem here is that none of us, regardless of our vast intellectual gifting or charismatic personality, has even the slightest nod of approval from heaven when it comes to modifying the message.  In fact, you can get rid of the rough edges and polish the presentation until it shines, but the grit of the gospel must eventually be confronted…if anyone is going to be saved, that is.  Jesus demands His followers repent of sin, turn from their sinful lifestyle, die out to self, and take up a cross to daily follow Him.  Refusal to accept that raises the terrible reality of eternity in hell.  The fact that doesn’t “sell” well in today’s marketplace does not create a right on our part to change the message regardless of our intent.

I think we need to dig deeper, but not into a dead culture.  Rather, we need to burrow deep into the Word of God and the power of the Holy Spirit.  We need to recapture the spirit of surrender which marked those who carried the gospel with such effectiveness even their enemies said of them, “those people have been with Jesus” (Acts 4:13) and “they have turned the world upside down” (Acts 17:6).  We must find a way to recapture, or perhaps be captured by, the winds of the Spirit which enabled that 120 intrepid souls who staggered out of the Upper Room in the middle of the first century to increase to an estimated twenty million believers by 300AD.  The time has arrived for us to rediscover how to be God’s vessels of anointing.  Our greatest discovery will not be something new.  It will be a retrieval of that which has made others effective.

Martin Buber, a man no one will ever accuse of being a Charismatic or Pentecostal, told us unless there was a “dynamic spiritual life in the church, it is doomed to become stale.  Another famous writer, C.S. Lewis, a man who will never be equated with a fiery Pentecostal evangelist, warned us that the church must continually work hard to stay focused on the true mission at hand. In agreement with these giants, I think the time has come for some “Holy Rebels” to arise within the American church.  Rebels because we refuse to bow to the status quo of lukewarm religion and performance-based church services.  Holy because we are moving toward a holy God and are seeking the outpouring of nothing less than His Holy Spirit.

Our answer and hope will not be found at the foot of the sociologist, the psychologist, or the outspoken political scientist.  I will go one step further and assert our hope will not be discovered by a fawning fascination with the latest pastor or leader granted celebrity status.  Instead, our answer will be rediscovered as we dig deep into the Word and are propelled by the Winds of the Holy Ghost.  May God find many such Holy Rebels in our camp!