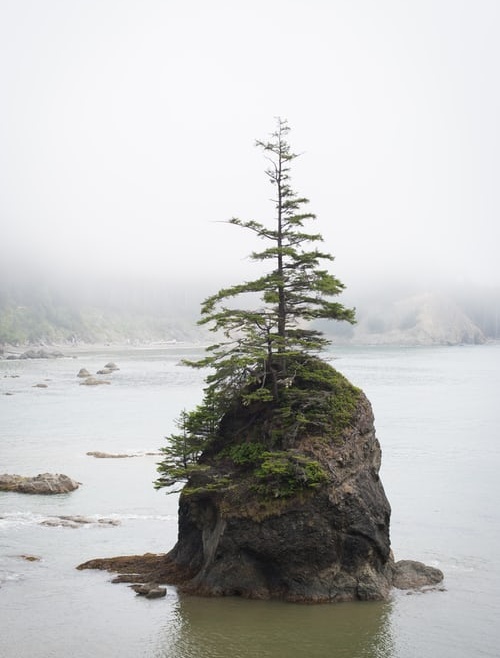 Isaiah 2:4
He shall judge between the nations, and rebuke many people; they shall beat their swords into plowshares, and their spears into pruning hooks; nation shall not lift up sword against nation, neither shall they learn war anymore.

Isaiah saw a day when the world powers dominating the headlines would come to their senses and bow their knees to the Messiah.  (If you want to read further about this approaching event, take the time to slowly read through Zechariah 14.)  The particular power which captured the attention of everyone when Isaiah wrote these words was Assyria.  The brutal power, centered in Nineveh, was ruled by a litany of bloody leaders who exhibited pride and cruelty with imperiousness.  They considered themselves rulers of the world and attributed their success to their pagan god Ashur.  For instance, Adad-nirari (ruled from 810-783 BC) boasted he was “the great king, the king of the world, and chosen by Ashur.”  Sennacherib, who was the Assyrian king later to attack Israel, boasted in a similar manner.  It required a great deal of faith on the part of Isaiah to envision a time when nations such as Assyria would bow their knee to God in Jerusalem.

Isaiah saw a time when Babylon would displace Assyria and become the world’s superpower.  He didn’t look past Babylon for specific.  To gaze into the future, one must turn to the aged prophet Daniel.  He outlined a succession of powers in his amazing prophetic manner to Nebuchadnezzar (Daniel 2:31-33).  However you choose to interpret the flow of history, there are two things which stand out.

First, Daniel secures his, and our, future in one prolific statement.

Babylon may be the world’s superpower at the moment, but there is a God in heaven Who supersedes even the might of Babylon!

Second, something outside the powers of this world will obtain ultimate victory.

Daniel 2:35, 44
…And the stone that struck the image became a great mountain and filled the whole earth…And in those days of these kings the God of heaven will set up a kingdom which shall never be destroyed; and the kingdom shall not be left to other people; it shall break in pieces and consume all these kingdoms and it shall stand forever.

Regardless of how things appear, the day IS coming when all the nations, including the United States, will beat their weapons into plows and the world will have peace.  That’s hard to envision at this moment, but no more difficult than it was for Isaiah.  In fact, it had to be difficult for those crushed by the power of Rome to foresee a time when the struggling church would thrive and the Emperors would no longer exist.  Yet that time came!  Believers who suffered under the satanic bootheel of Hitler in Europe no doubt had difficulty believing a day would come when the Thousand Year Reich would be gone, and the church would once more come alive.  Yet that time came!  Literally millions of languishing believers who endure the iron fist of persecution from Communism across Asia and Europe have a difficult time grasping the concept that their dictatorial overlords will be gone, and they will be able to live and celebrate their faith in freedom.  But that time will come!  And yes, as incredible as it sounds, the day will come with the United States, the greatest amassing of military might in the history of mankind, will convert her incredible armory into farming implements.  One can only imagine watching a massive field of corn being plowed by Abrams tanks, pulling plows fashioned from field artillery weapons!

What should you and I do in the meantime?  How do we get from here, through the obvious tumultuous times to come to the place of peace described by Isaiah?  I suggest one thing.  To borrow from an old song, “Go to rock of salvation.”  Secure yourself on that stone (Daniel 2:35) which crushes the works of the wicked empires.  Build you life upon the rock (Matthew 7:24-27) which will stand the test of time.  Anchor your faith, even rest your entire eternity, upon the immovable boulder of His identity (Matthew 16:18).