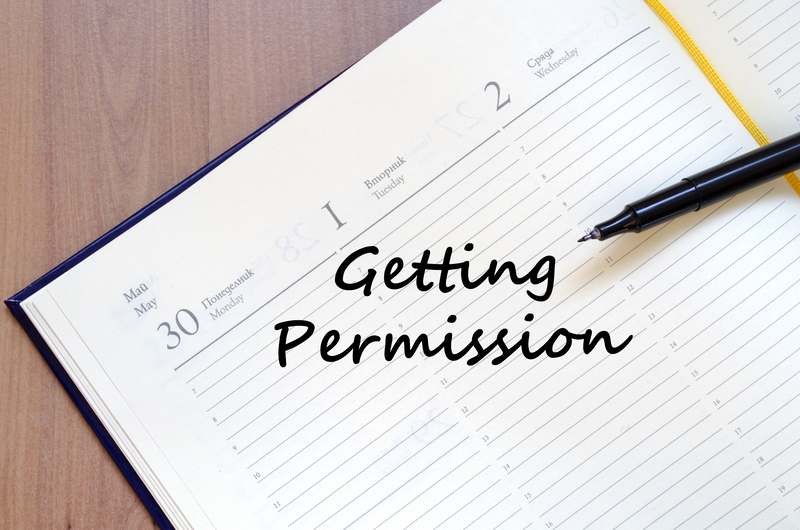 DOES HE HAVE PERMISSION?

Gathered in a dark olive garden, Jesus and His disciples, minus Judas, were in various postures of prayer, sleep, and confusion. Suddenly, the stillness of night was shattered when a large band of men appeared.  Brandishing clubs, swords, and torches with which to identify the Fugitive from justice, they broke the stillness of the night.  As Judas stepped forward and identified Jesus as the culprit for which they searched, a mini-mele erupted.

One of the disciples, we later learn it was Simon Peter, tried to kill a man named Malchus (John 18:10).  It follows there was an immediate reaction on the part of the armed mob as well as the stunned followers of Jesus.  The fuse had been lit and an explosion was about to occur.  It was at that moment that Jesus uttered an amazing phrase and performed an astounding miracle.

But Jesus answered and said, “Permit even this.” And He touched his ear and healed him. (Luke 22:51)

If you take the time to dig through the opinions of the scholars you will discover they cannot, with any degree of certainty, tell you exactly to whom Jesus addressed this short phrase.  Nor do they, and this extends to Luke the physician, tell us any detail about the healing.  For all we know, Jesus reached down to the severed ear, by now coated with a bloody mud, and attached it to the ear of a stunned Malchus.  It is left to us to pick our way through the truth revealed in this short passage.

That being the case, I was stuck with wonder.  “To whom was Jesus talking when He asked ‘permission’ to do something amazing?”  The man?  The crowd?  The disciples?  If you will permit me, I proposed He spoke to the entire gathering that night, just as He speaks to a collective world of individuals today.  He still seeks permission to do His work in our lives.

Understand, the crowd could have ignored His plea and rushed in, obliterating Jesus and His disciples in a scene reminiscent of Custer’s last stand in most movies.  Actually, that wasn’t going to happen as it was already arranged for Jesus to die on the cross in a few hours, not in a backstreet brawl.  I guess the Father would have intervened and done something miraculous akin to the angel visiting the camp of the Assyrians which left nearly two-hundred-thousand men dead (2 Kings 19).  At the minimum, He would have inserted Himself between Jesus and the rage-filled mob and left them blinded as He did a contingent of Assyrian soldiers (2 Kings 6).  Whatever shape the intervention took on, a crowd of people, blinded by prejudice and injustice, would have missed seeing an amazing act of God had they not granted the Master permission to work in their world.

Was Jesus talking to the disciples?  I believe He was.  I think Jesus was telling them the man, the movement, they despised at that moment was not going to hinder His ability to move mightily in their lives.  For sure, these men were going to change the way their party had looked for the last three years.  And yes, some unpleasant things were going to fall out because of their resistance to the Kingdom of God.  But nothing, not even the power of politics nor the might of the military, were enough to prevent Him from displaying His glory in their midst.  Had they insisted on having things their way, actually the way of Simon Peter, they too would have missed what is one of the most amazing displays of grace and power in the Bible!

Was Jesus talking to Malchus?  No doubt He looked deep into the eyes of the suffering sinner when He asked permission to do something stunning.  And, make no mistake about it, had Malchus denied Jesus permission to do the impossible, he would have lived the rest of his life with a nasty scar where once an ear grew on the side of his head.

Before you blurt out… “YES!” …think long and hard.  Your permission grants Him authority to do some rather uncomfortable things.  Conviction over sin is not pleasant.  The misery you encounter as you fight submission to His calling in your life is never enjoyable. The conflict between what the utterly maniacal culture demands of you and His demands will stretch you until you reach a place of complete abandonment to Him.  Let’s face it.  Having your ear cut off by a flailing disciple and then watching in pain as Jesus wipes the gore off the severed appendage and placing it back on your head is not a pleasant exercise.  Yet the “permission” given Jesus in that moment resulted in an amazing display of what God can accomplish in a horrible situation when He is given the latitude to exercise His glory.

Does He have “permission” in your life?