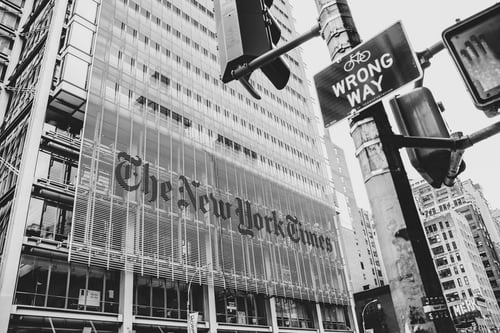 At first blush, Ahaz was presented with a proposition at which many would salivate. “Ask any sign you wish from God” (Isaiah 12:11).  His response sounds, on the surface, to be spiritual and noble.  “No!  I will not ask nor tempt the Lord” (Isaiah 12:12).  Don’t let yourself get caught up in his immediate answer.  Ahaz was not being super-spiritual, and he had not a speck of nobility in his character.  Instead, Ahaz was doing precisely what many are enacting today.  He already knew his intended course of action, and that it did not line up with that which God desired.  The last thing Ahaz wanted to hear was God wanted him to abandon his self-devised plans and instead cast himself into the arms of Jehovah.  Hence, when a clear and concise word from God came his way, Ahaz found a seemingly spiritual means of evading the truth.

Our world is littered with those doing the same thing.  After all, this type of behavior makes it easy to create a narrative with God which is crafted to validate our pre-conceived ideas or determined plans.  We see it all the time across the platforms of social media and in pulpits spanning our nation.  Those espousing a particular point of view select a verse, phrase, sometimes even a single word, from scripture and create a doctrinal stance which is used to buttress their opinion. Rather than bowing to the teaching of the Word which conflicts with their stated opinion or insatiable desire, these deluded teachers craft a gospel which bows to their idea or desire.

The problem, as Ahaz discovered, is that God is not bound to bow to our insistence He comply.  If Ahaz decided to concoct a supposed plan which took just enough of Jehovah to make it appear righteous, but was alien to the plan of the Father, the God of the Universe would stand up and inject His plan regardless.  Ahaz might not be interested in the outcome, but the Father was sending the greatest Sign of history.  Immanuel was the plan, and He was on His way regardless (Isaiah 7:14)!  God is bigger than the objections I raise or the seemingly “biblical” arguments brought against His purpose and plan.  Whether I, you, or any of the professors of the “new revelations” which seem to crop up daily, come into alignment with His plan and purpose in no way interferes with His continued march toward the day when every knee bows and confesses Christ as supreme (Romans 14:11).

The negative side of this story is found in the fact Ahaz sought to twist God’s stated plan to his own initiative.  He met Isaiah determined to trust in Assyria.  Within a dozen years, his self-determined doctrine of God turned and devoured him.  It is true.  That which we trust in the place of God will one day turn to devour us.  Beware those who concoct half-truths and espouse doctrines based upon an isolated or obscure statement.  Build your faith on the whole of God’s Word.