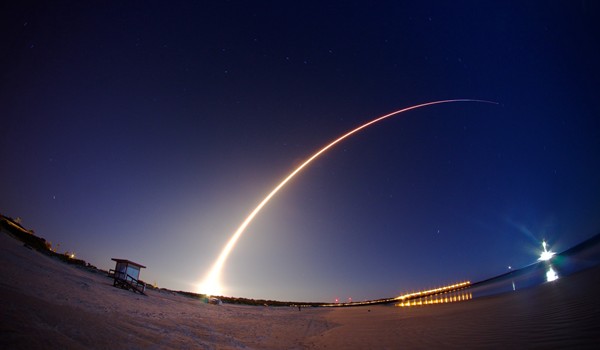 Millions of Americans have become overly familiar with the idea of “flattening the curve.”  As we have reacted to daily inundation of Covid facts, and some things which were far from factual, we have become obsessed with the squiggly line, called the curve, indicating the numbers of those infected with the virus.  We are currently engaged in ongoing efforts to change the curve and get it on a downward trajectory.  Masks, social distancing, and hygiene are being employed as we seek to change the curve.  Hopefully, in the near future, vaccines will be brought to bear against this virus and we will be able to put the majority of the hardship created by Covid in the rearview mirror.  Naturally, our hearts will still ache for those lost during this time and we will slowly adapt to a post-Covid era, but we all look forward to the time when the curve on this disaster is changed.

There is another curve which, in many cases, needs to be changed as well.  It is the downward curve many churches are witnessing.  The oft repeated statistic informing us that at least eighty five percent of American churches are plateaued or in decline has not changed.  The curve pointing downward in many local churches must be addressed and changed.  Our nation needs revitalized, on fire, surging churches at this point in history as never before.  Fortunately, we have a biblical model which still works today.

In Acts 10, the church was at a choke point.  Virtually all those who had been saved and added to the church up until this time were Jewish people.  The gospel had been largely, not entirely but mostly, relegated to those of Jewish descent.  Simple numbers will let you know if the group being reached is limited, the ability to sustain the organization doing the outreach will erode.  In other words, if all the church was going to reach were Jewish people, they were going to eventually face a saturation point where growth was impossible.  We know this was not God’s plan.  Through the Old Testament Jehovah had made it clear His people were not to be an insulated tribe, catering only to themselves.  They were His world-wide outreach plan (Genesis 22:18).  In like manner, His church is tasked with reaching into ALL people groups and that includes the unchurched people living around the thousands of churches in America.  We cannot be satisfied with where we are.  We cannot sit idly as the curve continues to point downward in our churches.  We must take our cue from the moving of the Holy Ghost and change the direction upward as we reach new people for Jesus.

Such change begins with the recognition we are a SPIRIT DIRECTED ENTERPRISE.  There is a great amount of prayer, fasting and giving going on in this story.  This trajectory change was not conceived in a strategy session nor a business meeting of the congregation.  This took place as men and women practiced what some call the “three legged stool” of the Christian faith.  They prayed. They fasted.  They gave.  Until these three become more important and prevalent in our church we can plan all we want and then ask God to bless our plans…with the same downward trends being the result.  Only when we revert back to becoming a Spirit Directed Enterprise can we expect His full blessing.

Another curve changing experience is the fact this is a SHARED ADVENTURE.  The greatest growth strategy in the history of the church was given by someone who, up until this time, was not viewed as a viable candidate for salvation.  The simplicity of this tool for growing the church is so simple, those of us who wish to create elaborate schemes so we look smart scarcely pay attention.  “Now Cornelius was waiting for them, and had called together his relatives and close friends” (Acts 10:24).  Sharing the excitement over what Jesus has done for us with friends and relatives is still the greatest evangelistic tool known to man.  When a local church becomes obsessed with inviting people to church, the downward curve of attendance will change to an upward trajectory.

The final component of changing the trajectory of the curve of the church in America involves SUPERNATURAL EMPOWERMENT.  “While Peter was still speaking these words, the Holy Spirit fell upon all those who heard the word” (Acts 10:44).  We cannot ignore the Supernatural Empowerment which comes from the presence of the Holy Ghost.  Without His working, we accomplish nothing.  If we will make room for His manifest presence, He will draw men to Jesus and convince them of their need of salvation.  I  just read with amazement a post from Carey Nieuwhof, a noted church leader in the United States.  He points out the fact that research now reveals Charismatic Churches Are Growing And Attractional Churches Are Past Peak.  One highlighted quote from his article hits home with massive impact…

It’s a shame when people come to church looking for God and only find us.

When people come into the church they need to encounter more than our ability to produce sharp and precise services.  They need to bump into something far more transcendent than anything the brightest among us can produce.  They need to run face first into the transforming presence of a holy God who is above and beyond anything confronting their life.