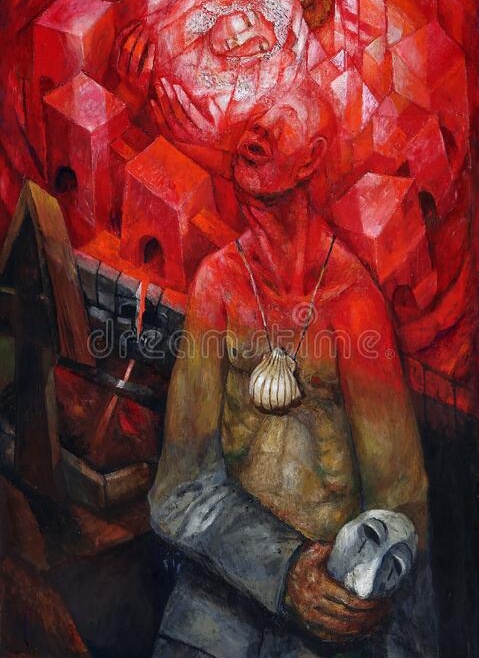 I awoke recently long before the sun had peeped over the eastern horizon, with a sobering question on my mind.  Rattling around in my brain was a somber inquiry; “I wonder if we are living in a real-life fulfillment of what Jesus called ‘the beginning of sorrows’”?  To make things easy for you, here’s the statement He made.

All these are the beginning of sorrows. (Matthew 24:8)

Of course, this was a small part of the answer Jesus gave to His disciples when they asked about the destruction of Jerusalem and the end of the age.  He warned about false doctrine and false messiahs, wars and ethnic uprisings, pestilences, famines, and earthquakes occurring all over the globe.  As terrifying as these things are, it was then Jesus stated these events were only the beginning of sorrows.

The term “sorrows” is actually “birth pains.”  Jesus likened the cataclysmic events which will dominate the news in the time before His coming to the birth pains which accompany the birth of a child.  From that comparison we can determine at least three things.  First, these pains are inevitable.  They are going to happen.  Second, they are going to increase even as pain increases as the birth of a child grows closer.  Third, and you and I can never lose sight of this reality, something wonderful awaits us on the other side of the agony.  Just as a mother rejoices when her child is delivered, so too will the children of the Kingdom when all is fulfilled!

You and I do not need to grow into pessimists who write off the future.  We do not have to succumb to the fearmongers who make their living by casting everything in as negative light as possible.  We do not have to allow the divisive calls of culture to cause us to shrink back and hide out, hoping Jesus appears before things get out of hand.  No, you and I have a specific command regarding this time.

“Now when these things begin to happen, look up and lift up your heads, because your redemption draws near” (Luke 21:28).

Jesus never told us to set a date.  Not once did He command us to try and determine when He was coming back.  In fact, He never told us to struggle to figure out THE day, but to be ready EVERY day.  He spent the remainder of His discourse with the disciples encouraging them, and subsequently us, to be constantly ready for His coming.

He told us to be SPIRITUALY ready by relating the story of some foolish wedding attendants (Matthew 25:1-13).  Our job is to remain filled with oil, the presence of the Holy Spirit.  It is not enough to have at one time had a filling, we must continually seek to be filled to capacity for we don’t know what hour our Master will come.  We cannot afford to sleep on this one.  Frankly, I can think of no more horrendous fate than to have at one time been illuminated by the Spirit and to have allowed myself to drift to the point I am sleeping and miss the coming of the Lord.

If you have ever seen the movie “The Great Raid,” you are aware of the bravery and ferocity displayed by American troops in WWII.  The Japanese high command had issued a “kill” order for all prisoners, and the Japanese army was carrying out brutal executions, often burning men alive in pits of gasoline.  A raid on Camp Cabanatuan was ordered by American commanders and was carried out in a brilliant fashion.  Attacking through the jungle, the crack troops devastated the Japanese troops in and around the camp, killing as many as 1,000 of the enemy in the attack.  Their attack resulted in the rescue of 522 men.  522 men who would have died a horrible death.  The movie, however, does not reveal a powerful truth.  It seems that one man, a British POW, was so sick with dysentery, he stumbled to the latrine a few minutes before the American attack and passed out.  He slept through the entire attack.  Hell was being released all around him, guns blasting, mortars firing, and he was so weak, he slept through the whole ordeal.  Luckily for him, he was missed the next morning and Filipino guards were sent back to the deserted camp and found him.  He was alone and abandoned…all because he was sleeping when the moment of deliverance came.  How terrible it will be for those who are spiritually unprepared at that moment in history when Jesus comes again!

A second aspect of readiness demanded by Jesus involves SERVICE (Matthew 25:14-30).  Jesus stressed the need for us to be productive servants.  You and I are expected to put our gifts, be they small or great, to use in His Kingdom.  No one is excused and everyone is examined.  Production is expected, even demanded, of all.

One of the unintended results of what Alan Hirsh labels the “gather and amuse” strategy over the last few decades in the American church is the de-emphasis on serving Christ and the over-emphasis on Jesus making us happy.  It sold well and was gobbled up by millions who flocked to be entertained but falls woefully short when laid on the boilerplate of passages such as this.  While it is true we are to joyfully draw water from the wells of salvation (Isaiah 12:3), and Jesus came to give us joy inexpressible (1 Peter 1:18), the purpose of gathering cannot be limited to euphoric expressions of glee for our salvation.  The gifts Jesus gave to the church (Ephesians 4:11) are given for the express reasons of unity, strength, maturity, and service (Ephesians 4:12-14).  Whatever your gift, be it speaking with great eloquence to thousands or caring for infants in the nursery, do it with zeal.  It doesn’t matter if your gift is leading in worship or cleaning a church toilet, do it as unto the Lord with all the excellence you can muster.  Don’t allow the pressures of living in a tough time to deter you from your service.  Always remember, the Revelation saints who were part of those famous seven churches lived under extreme pressure as well.  Yet not once did Jesus tell them to take a break because times were hard.  Instead, He pumped them up and called upon them to continue in their faithfulness and serve Him through the difficulties.

A third demand placed upon us as we live in a sorrowful time involves SHARING (Matthew 25:31-46).  This harrowing story makes something noticeably clear.  In the time of sorrows, particularly when they are not directly affecting us, the idea we can hoard up goods and ignore the plight of those caught in the throes of suffering, particularly when they are our brothers and sisters in Christ, does not end well for those espousing such sentiment.  In fact, and you can disagree if you wish, this is such a revolting attitude to Jesus, those who ignore the pain of others and do nothing to help are in real danger of missing the bliss of heaven.

As I write these words, there are so many needs, it is overwhelming.  There are millions of sick people who are closed off because of the pandemic.  While “in-person” visiting may not be possible, there are other ways to make contact.  There are men and women languishing in prison.  Again, you might not be able to personally visit, but there are ways you can reach out to them.  There are millions upon millions of people, many of them children, who are dealing with hunger and starvation around the globe.  Refugee camps are overrun with hunger and want.  You can’t personally visit them, but you can share with them through giving.  (I want to state up front; you need to be vigilant about those to whom you send funds.  Shysters abound, so be careful.  In Texas, we are working on a Centennial Legacy Offering for 2022 which will be given, in total, to five orphanages and feeding stations around the globe.  If you want to be part of an effort you can trust, contact me and I will be glad to help.  Whatever you do, make sure your sharing actually reaches those you want to touch for Jesus.)

You and I are witnessing the increasing sorrows.  Time is moving toward a final end where Jesus rules and reigns.  Don’t let it frighten you that it is actually happening.  Follow the teaching of the One who will stand at the conclusion of all things as Lord.  He will make sure you come through in victory,