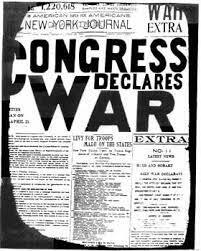 Does the passing of the “Equality Act” by a Democrat House of Representatives make you feel uneasy?  Does the statement of Jerry Nadler, Congressman from New York, “What any religious tradition describes as God’s will is no concern of this Congress,”[1] sound to you like the government of the United States is now declaring war on God?  You and I are witnessing the outward expression of an inward rebellion against God and His Word which has been ongoing in the hearts of men for thousands of years.  Our culture, which once gave a semblance of deference to things Godly, has now abandoned any and all consideration of bending a knee toward God.  Instead, we are now governed by people whose hearts are turned away from heaven and are set on embracing any and everything which God deems inappropriate.  Added to this direct attack on all things Godly is the constant bombardment by media outlets and personalities decrying the sanity, indeed the right to even be heard, of those who dare to assert belief in the validity of scripture.  It’s a dark day.

We cannot allow our uneasiness to cause us to slink off in a corner and sulk in despair.  We in the American church must not give room to the lie of the enemy that God has abandoned us, or that we are somehow off base in our defiant stance against a culture determined to expunge all affirmations of things holy.  Remember, our heritage has always been one of perseverance in the face of persecution.  The scriptures declare it to be so.  History repeats is as fact.  Current events remind us of this reality.

Our Master endured suffering and we are one with Him (Hebrews 2:10-12).  Allow me to lift a few words from my latest book, Serving God In Baal’s Shadow, which speak to this issue.

Life may be difficult.  It may grow more wearisome.  Yet, we do not have to fear or retreat.  The believers to whom these words (Hebrews 2:10-12) were written were enduring hardship because they lived in a land dominated by Baal.  He was everywhere and they were hated because they stood as a contradiction to the narrative being written by Baal’s servants.  Times were hard and were growing worse.  Yet there was no call to hide or give up.  Instead of defeat, they were given hope and a reason to cling to Jesus with all their might.  We should consider their lives to gain strength for our time.[2]

Like many of you, I do not like the direction being taken by our nation.  I think we are flinging open the doors to the demonic and inviting the harsh judgment of God.  Yet, amid the chaos, I find in scripture a people who discovered a place of commitment and dedication to Jesus in the face of a society which was dedicated to the eradication of the Faith.  That is our heritage, our inheritance.  As I have written before, the road ahead of us demands we go deep in Scripture, be directed by the Holy Spirit, and develop a determination to endure to the end.  Such people will find an uncanny ability to walk in God’s peace in the face of the outright blasphemous conditions we are witnessing today (Isaiah 26:3).