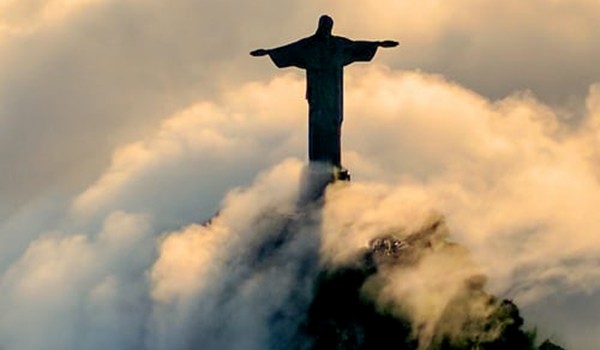 Who, or what, captures your attention these days?  The economy?  The political shenanigans dominating our headlines?  CRT?  Perhaps you are now preoccupied with “Delta,” not the kind created by an expanding and receding river, but the newly minted form of, I hate to say it, “Covid.”  Whatever, or whomever, seems to be nabbing your attention at this moment, there is soon coming another set of characters which will overwhelm your senses and cause you to become frozen in your steps with awe.

First, there is coming a time when all those who have believed, living and dead, will stand in utter dumbfoundment as they look upon the One who died, rose, and lives forever.

When He comes, in that Day, to be glorified in His saints and to be admired among all those who believe, because our testimony among you was believed.

The word “admired” means we will marvel at Jesus.  We will be astonished at our Lord.  Think about that for a moment.  We have so demeaned Him, so diminished Him in order to make Him palatable for our weaknesses and acceptable to a lost world, in many circles He is not much more than a nice guy who did some good stuff and wound up being killed.  Yet Paul says when He comes back, you and I are going to be stunned as we gaze upon Him.  He will be so amazing, so mesmerizing, our senses will be overwhelmed by His grandeur and glory.  I don’t know about you.  I can hardly wait for that moment!

Yet there is another time when this same term, or at least the same root word, is employed.

And I saw one of his heads as if it had been mortally wounded, and his deadly wound was healed. And all the world marveled and followed the beast.

That’s right, while the believers have Jesus at which to marvel, the world has the one called “The Beast” to capture their attention.  In all honesty, the future prospects of the world are not very bright.

Remember, John’s Revelation, indeed the entire canon of scripture, is not designed to point us to the glory of the Beast, the identity of the Antichrist, or any of Satan’s charades.  No, part of the amazing allurement of our Christ is the fact that He, the slaughtered Lamb of God, overcomes all and ultimately is the most amazing, spellbinding, and mesmerizing individual throughout human history.  It is He, the Jesus in whom we believe, who stands supreme at the end of the day.